The earthquake is a phenomenon that the fault surface is cracked by the surrounding force to pull or push and then, the base rock moves rapidly on the boundary of fault plane. This base rocks shift is called the geological fault.
The active fault is the geological fault that has the possibility to move repeatedly in recent geological age and in the future. The fault is classified to the normal fault, the reverse fault, the strike-slip fault and the left-lateral fault by the difference in the movement displacement. Also it often appears as a deflection of layer in case of soft layer.
Identification of the active fault and evaluation of the activity is important to make basic data for site selection of large buildings and for the aseismic design. In this process, it is important to elucidate activity period of fault. 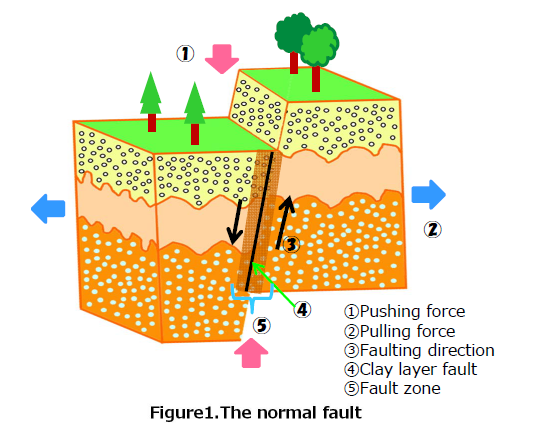 The position of the active fault is estimated from fault displacement observed in the aerial photographs taken from airplanes and satellites. Then the geological layer is observed in detail by excavating the fault outcrops. At this time, samples were taken from the geological layer to identify the tephra or to measure the age after extracting specific mineral. Based on these investigation, parameters such as average slip rate, earthquake recurrence interval, and the fault activity is evaluated.
It is especially urgent need to evaluate the activity of the faults those make earthquakes frequently,  those make huge earthquakes, and those moved before the interval of the past earthquake.
The activity cycle of the faults ranges from several hundred to tens of thousand years and any of these should be observed carefully. Application range of ESR dating method is from tens of thousands to several million years, which is far beyond the limitation in carbon dating.

Quartz is one of the minerals on the surface of the earth. The cosmic ray and natural radiation is showered on the ground ionizes electrons in the crystal of quartz or atoms in the lattice is knocked off. These damages are so called vacancy. As the age of the quartz grains is older, the degree of damage is increased. The degree of damage is reflected in ESR signal intensity. The following points are important in applying ESR dating method.

4. Target samples of the ESR dating in the fault

Target samples suitable for the ESR dating, to know the activity period of the fault, are quartz grains generated by the fault movement such as the fault zone*3, the fault clay*4, the mylonite*5, the pseudotachylite*6, and the fault gouge*7. It is important to collect the grains close to the fault plane whose ESR signal should be once reset by fault movement. 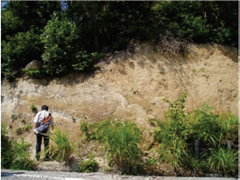 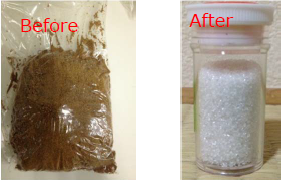 Figure 4. Before and after chemical treatment of sample

There are many paramagnetic defect species in quartz3 such as E1’, Peroxy, NBOHC, Al, Ti-Li, Ge, and FMR centers. These ESR signals are used to for ESR dating and for frictional heat. The Al, Ti-Li center signals are used for ESR dating of the volcanic sediments as shown in Figure 5. The procedure of ESR dating using these signals is described in another ESR Application note ER-080002. 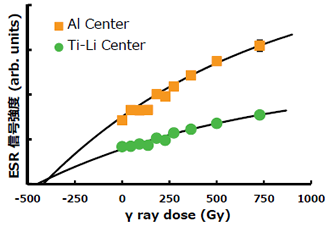 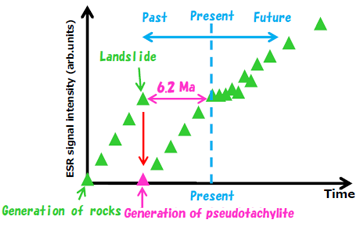 Figure 7. formation of ESR ages of the pseudotachylite

The information of the fault activity obtained by ESR dating is summarized below.