Food irradiation is widely approved in many countries as an useful method for sterilization. However, the approved food and dose is defined in each country. For example, Japanese government approves food irradiation only to potatoes to prevent sprouting. For this purpose, Japanese government officially announced 2 appraisal methods such as thermo-luminescence (2007) and alkylcyclobutanone (2010) methods. In 2012, ESR was announced as the third method to detect the irradiated foods such as shells and dried fruits.* Then JEOL RESONANCE developed an optional program which detects irradiated foods along the announcement. The samples pre-treated as shown in the announcement are put inside the ESR cells and set to the resonator. By pushing “start” box, ESR measurement is carried out automatically and the result is shown in the table.
This software automatically selects the most suitable acquiring conditions defined in the announcement. 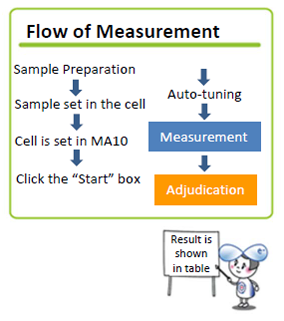 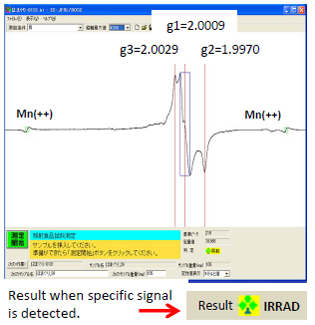 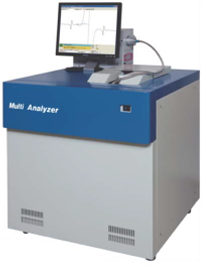 The result if each sample is irradiated or not is shown in the table.  Adjudication column is vacant for the samples not-irradiated.