Separation of Crystalline and Amorphous Signals in Polymers:T1-filter Method

T1-filter method separates crystalline- and  amorphous-phase signals for such mixed-phase samples as solid polymers, by  utilizing the difference of their T1 values.
In a polyethylene sample, where the 13C T1 values are longer than 100 s for crystalline-phase and about 1 s for amorphous-phase, the method yields the individual 13C signals  separately, as shown in the right figure. 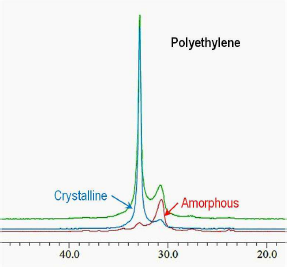 The sum and the difference of the longitudinal magnetizations prepared along the ±z directions  behave as depicted in the figures. 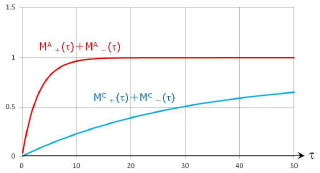 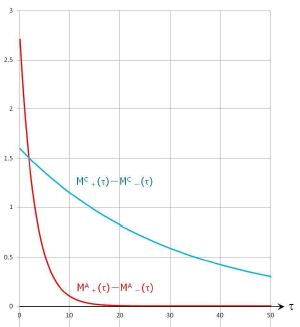 (1)Determine the experimental conditions which yield CPMAS spectra for the sample of interest.
(2)Set the parameter interval as τ, during which the longitudinal magnetizations relax, to be 1-3 s for most polymer samples.
(If the T1 values for the crystalline and amorphous phases of the samples are determined before the T1-filter measurements, set interval satisfying the conditions, t ≪ TC1 and τ ≫ TA1.)
(3)Accumulated signals (multiples of 16) immediately give the spectra exhibiting the crystalline- and amorphous-phase signals.

If the +z- and –z-prepared signals are acquired and saved, the addition and subtraction data processing yields the target spectra more efficiently than the procedure 1 does: Both the two data contribute to the signal  intensities, improving the S/N ratio by a factor √2.  The pulse sequences,

(1)-(3) Conduct the measurements similar to Procedure1; accumulation  numbers should be multiples of 8. The results may be as shown below.

(4)Open the “Operate on Files” window in the NMR software Delta console window. 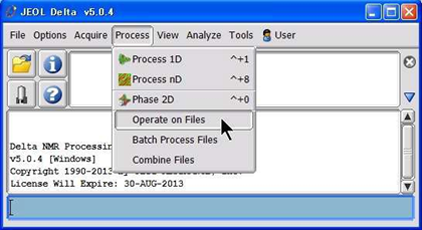 (5)Load FID data and input addition or subtraction expression in the  “Operate on Files” window, and process and save the files. 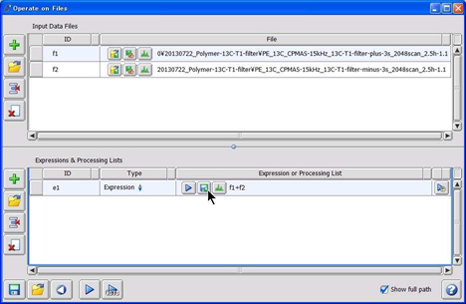 (6)Process the saved data, and then obtain the target spectra. 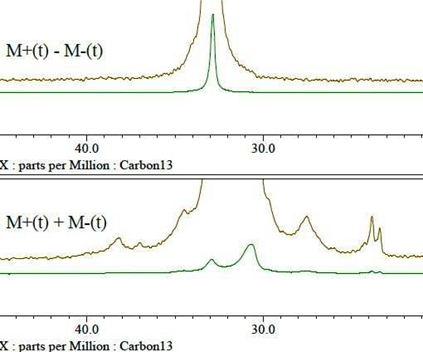