We observed a photo-curable resin exposed to UV light at room temperature while varying the intensity of the UV, and compared the amount of propagating radicals that were generated. The measurements were performed with an ESR apparatus (JES-X3 Series). In Figure 1 the horizontal axis is the UV irradiation time, and the vertical axis is the signal intensity normalized by the weight. As the intensity of the exposure is increased, the rate at which the ESR signal intensity increases becomes faster, showing that the propagating radicals are being generated more rapidly. This is thought to be due to the acceleration of the initiating reaction caused by an instantaneous increase in the number of primary radicals generated as a result of the more rapid decomposition of the polymerization initiator due to the exposure to higher intensity UV.
Since the subsequent termination reactions proceed as the square of the concentration of the propagating radicals, if exposed to a high-intensity light, there is a possibility that the termination reactions will proceed before there is sufficient polymerization. By using ESR to observe radical polymerization in this way, the polymerization reaction process becomes visible, and it is possible to obtain an understanding of the optimal light intensity and wavelength to efficiently control the radical polymerization reaction.

Refer to Application Note ER160006-7 for details about ESR signal generation, attenuation and temperature dependence for the photopolymerization reaction of the same sample material. 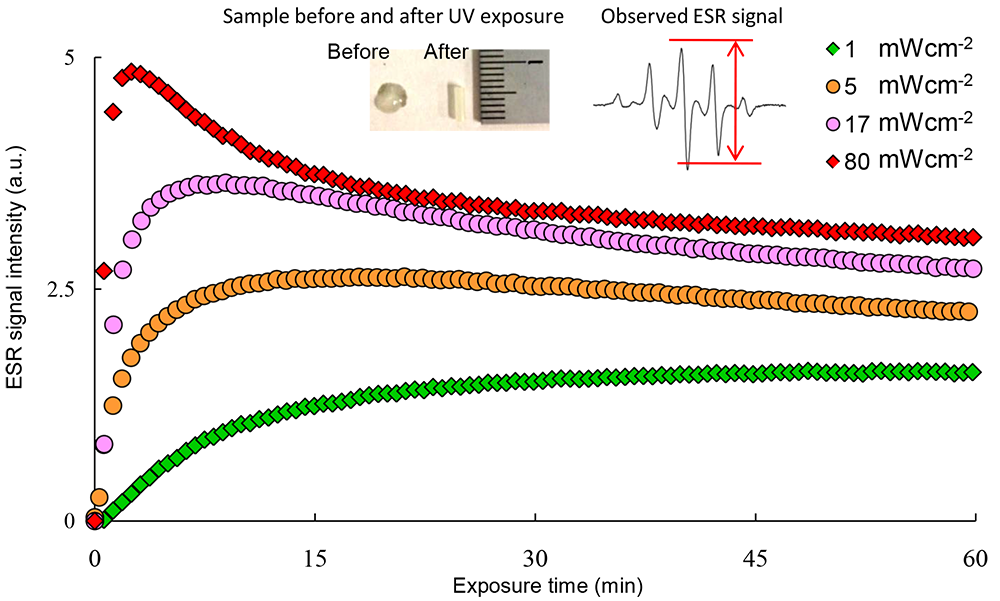 Fig.1 Variation in ESR signal intensity due to UV exposure