Advances in mass spectrometry are enabling analysis of micro samples and unknown components that were not observable before. As the volume of information acquired from mass spectrometry increases, researchers are calling for simple techniques to analyze numerous components observed, and as a result, there is a rise in demand for comprehensive analytical techniques including multiple classification analysis.

As model samples, 6 commercial vinyl acetate resins (adhesives) were used. A gas chromatography time-of-flight mass spectrometer (GC-TOFMS) was used for measurement. Since emulsion samples including adhesives are difficult to analyze without preliminary treatment, the samples were subjected to pyrolysis.

The resulting data was analyzed by AnalyzePro (SpectralWorks) to compare multiple samples by PCA.

Among the components contributing to the separation at the secondary principal component axis (positive side) , that is, characteristic components of sample B, the component at R.T. 4.55 min was analyzed in detail (data on the right side of Figure 2).

PCA is an effective and efficient technique for the comprehensive analysis of GC-TOFMS data. Specifically, for multiple sample comparisons, use of score and loading plots makes it possible to examine the similarities between the samples and the characteristic components of each sample. Also, while the NIST library search is a powerful tool for identifying characteristic components of samples, combining NIST library searches with molecular weight information acquired by soft ionization such as FI makes it possible to identify components with a higher level of accuracy, preventing false identifications. 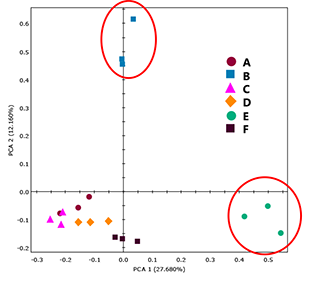 Figure 3. EI and FI mass spectra and exact mass analysis results for the unknown component (R.T. 4.55 min) in sample B 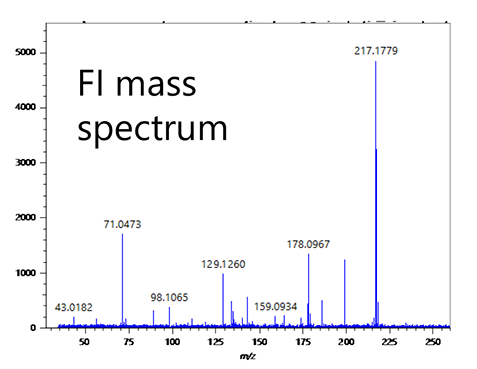 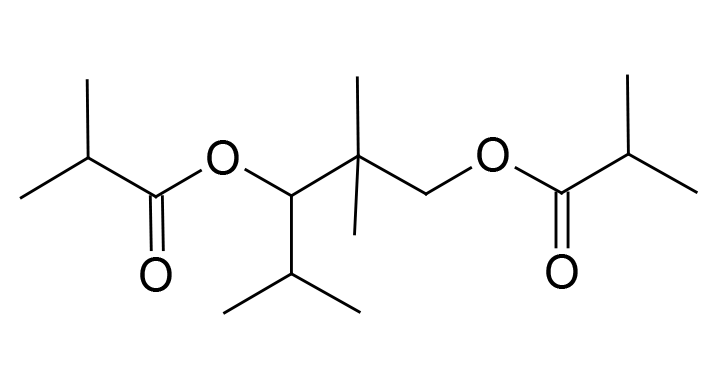 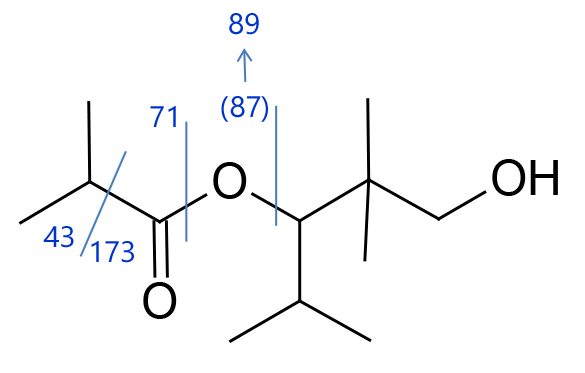 Figure 5. Estimated structural formula for the unknown component (R.T. 4.55 min) in sample B