Matrix assisted laser desorption ionization (MALDI) is a soft ionization method that uses laser energy absorbing "matrix" compounds to assist with the ionization process. Typically, the molecular weight for these matrice ions are in the low m/z range (typically 100-300Da range). The MALDI ion source is typically combined with reflectron type time-of-flight mass spectrometers (TOFMS), which offer insufficient mass resolving power for separating matrix and contamination peaks from analyte peaks of interest with low molecular weights. The JMS-S3000 "SpiralTOF™" (Figure 1) is a MALDI-TOFMS that has a spiral ion trajectory that folds a 17m flight path into a one meter box by using four electrostatic sectors. As a result, the SpiralTOF™ has a five times longer flight path than conventional reflectron TOFMS systems thus allowing it to achieve the highest mass resolution commercially available for a MALDI-TOFMS system. Additionally, interference from chemical background are reduced by eliminating post source decay ions in the electrostatic sectors. These features allow the SpiralTOF™ to easily detect low molecular weight ions. In this report, we will discuss the analysis of medicinal components in a combination cold remedy.

The mass spectrum of the combination cold remedy is shown in Figure 2. All of the ions related to the seven medicinal components were observed as [M+H]+. The mass correction for accurate mass analysis was performed by using two peaks related to the sinapic acid matrix compound [M-H2O+H]+ (m/z 207.0659, ▼ in Figure 2) and [2M+Na]+ (m/z 471.1262, not shown). The observed and calculated mass for the ions related to seven medicinal components are listed in Table 1. The mass error for each measured ion was within 0.001 u of the calculated value. Additionally, high mass accuracy was achieved even for the low intensity ions such as d-chlorpheniramine and dihydrocodeine, as a result of the high mass resolution and reduction of background interferences in the low mass region.

In this work, we analyzed the medicinal components in a combination cold remedy tablet by using JMS-S3000 "SpiralTOF™" and showed high accuracy mass analysis in the low mass region, which is difficult to do using a conventional reflectron type TOFMS. Furthermore, we showed an easy method for getting high mass accuracy in the low mass region by using matrix peaks for internal mass correction. 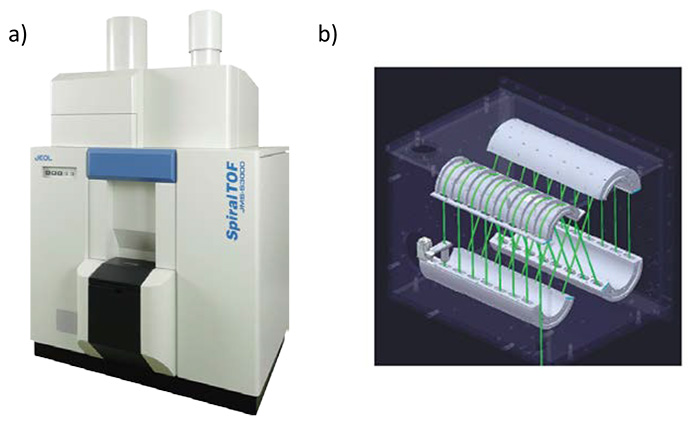 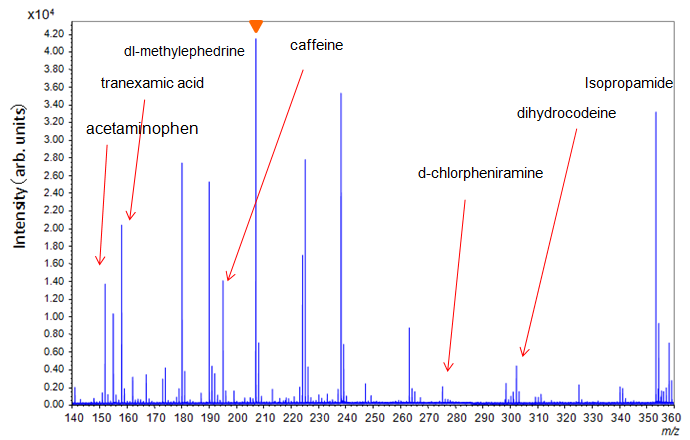 Table1. Mass accuracy of the medicinal components in the combination cold remedy.