Tandem mass spectrometry is a powerful tool for polymer characterization. It can obtain information about polymer end groups, repeating structures (linear, cyclic, or branched), and copolymerization. High-energy collision–induced dissociation (HE-CID) is a fragmentation method that is available only in tandem time-of-flight mass spectrometry (TOF–TOF). The informative fragmentation channels, which are difficult to observe with commonly used low-energy CID, are often observable in HE-CID spectra. In MSTips 270, we proposed a method to visualize this abundant structural information and enable intuitive analysis using the "Remainders of KM" (RKM) plot method. In this report, we applied the method to analyze polyethylene oxide (PEO) with different end groups.

All product-ion spectra showed strong sodium-adduct ions [M+Na]+. The HE-CID spectra were acquired by selecting [HO(C2H4O)28H+Na]+ (m/z 1273.7), [HO(C2H4O)nC12H25+Na]+ (m/z 1265.8) and [HO(C2H4O)nC16H33+Na]+(m/z 1277.9) as precursor ions (Fig. 1). The red arrows in each product-ion spectrum in Figure 1 represent the mass difference corresponding to 44u (C2H4O). Several fragmentation channels with 44u interval were observed in each product ion spectrum; however, it is time consuming to assign each series one by one. Also note that the differences between the three polymers cannot be understood intuitively. 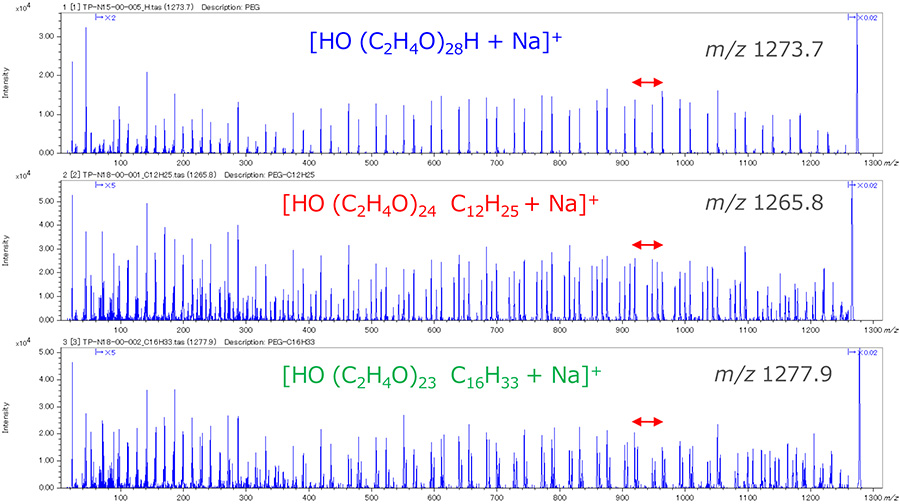 In Figure 2 below, product ion spectra of three types of PEO are overlaid in an RKM plot (base unit EO). We excluded the precursor and sodium ions from the display region in order to clarify the fragmentation channels of the repeating structures. In this figure, the peak colors of [HO(C2H4O)nH+Na]+, [HO(C2H4O)nC12H25+Na]+, and [HO(C2H4O)nC16H33+Na]+ are overlaid as blue, red, and green, respectively. The peak series displayed in black denote fragment ions commonly observed in all three types of PEOs. The fragmentation peak series in the RKM plot of Figure 2 are divided into three characteristic parts, each of which is confirmed in Figures 3–5, respectively. 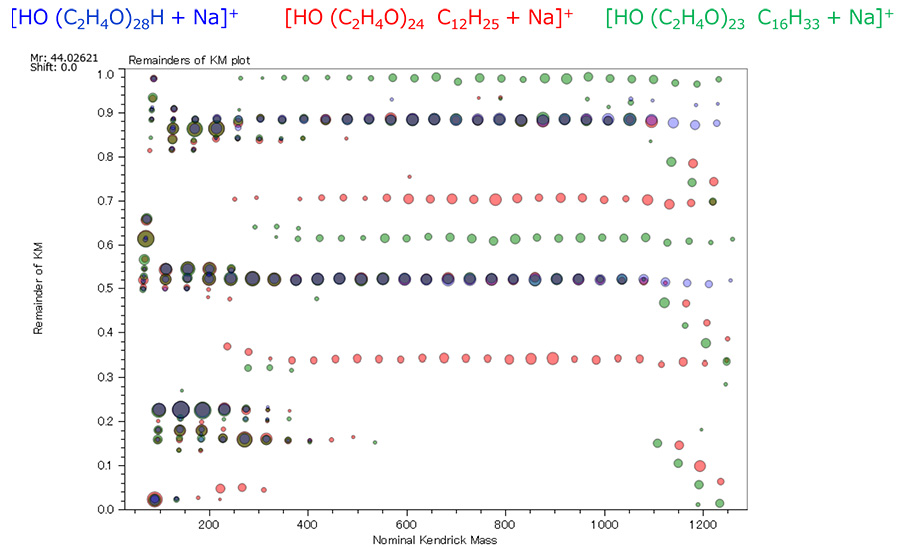 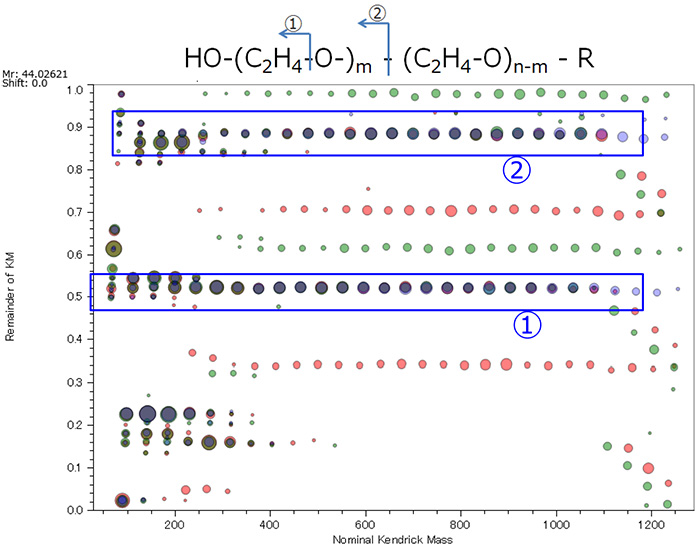 Second, we focused on the series of red and green (Fig. 4). These four series were considered to be fragmentation channels, which included different end-group structures. We confirmed these as the fragment channels shown in Figure 4, which we observed as [M+Na]+. Third, we focused on the series with slope (Fig. 5), which we observed in the part near the precursor ion (right side of RKM plot). "Series with slope" are series without 44u intervals. They have 14u (CH2) intervals and are assigned to be the alkyl chain cleavage, which is a unique fragmentation channel in HE-CID. 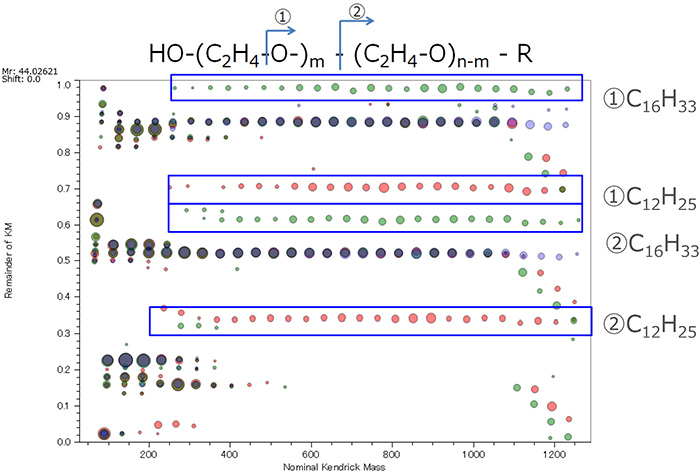 Figure 4. Peaks that are dependent on end group composition. 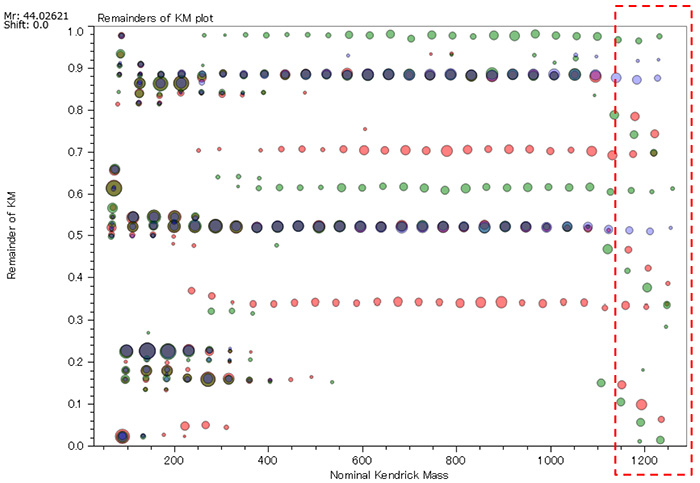 Figure 5. Peaks originating from charge-remote fragmentation of the alkyl chain in the end group.