Ferromagnetic thin film has been widely used as information storage elements like magnetic tapes and hard disk drives. Recent ly, for an example of a new trend, much attention is also focused on the development of “spin transfer torque random access memory (STT–RAM)” which drives according to the principle of “spin current”. Electrons have two important properties, known as “charge” and “spin”.
Spin current means the flow of the coherent spin angular momentum (JS) of the electron. It is mainly classified into “spin polarized current” with the charge current (JC) and “pure spin current” when charge is absent. Pure spin current is expected to apply to low consuming energy devices in the future, because it is not accompanied with the electric (charge) current. The effect of spin current derived from ferromagnetic thin film can be detected by measuring ferromagnetic resonance (FMR) which is the magnetic resonance of ferromagnets. FMR measurements are easily available using an ESR instrument.

The typical devices that can generate the pure spin current are made by the metallic bilayer thin film consisting of the ferromagnetic metal which supplies spins and the non-magnetic metal which has strong spin-orbit interaction, as shown in the drawing of Pict.1. FMR spectra were measured using a monolayer of NiFe alloy (Py) which is ferromagnet and a bilayer of Py and palladium (Pd), as shown in Pict.1. 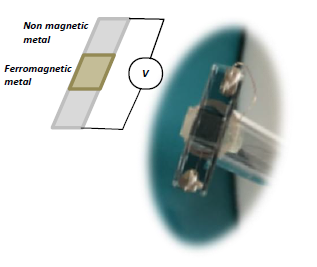 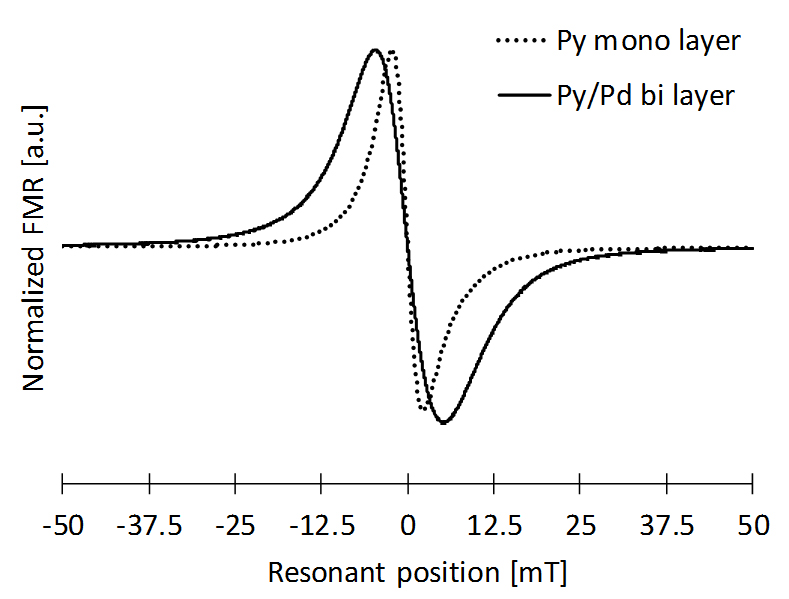