The ferromagnetic resonance (FMR) spectrum of a bilayer thin film consisting of ferromagnetic and non magnetic metal shows different line widths compared to a monolayer film. This is understood as an effect of flowing out of pure spin current to non magnetic metal on the interface of the bilayer which is due to the spin pumping effect which transfers spin angular momentum of the ferromagnet by FMR[1]. So, how can we detect this pure spin current? One of the well known methods is to use ESR instrument[2]. As shown in Fig.1, when the spin current (JS) flows vertically down in the thin film located in an applied static magnetic field (B0), the electric current (JC) generates toward the orthogonal direction to both the magnetization (σ // B0) and JS. It is called inverse spin-Hall effect (ISHE). Pure spin current can be measured indirectly by detecting electromotive force (Vemf) of thin film[2]. 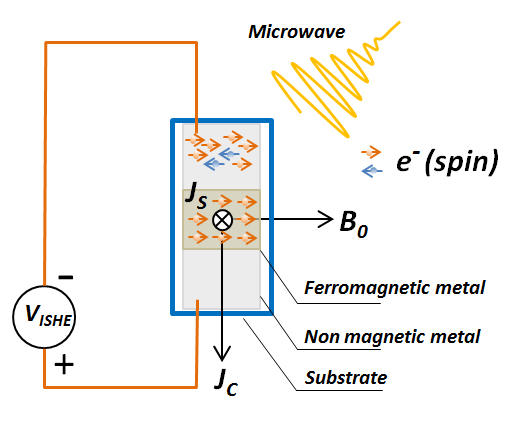 The electromotive force (Vemf) of Pd and the Py-FMR spectrum were measured simultaneously using the same sample shown in JEOL application note [ER190002E]. 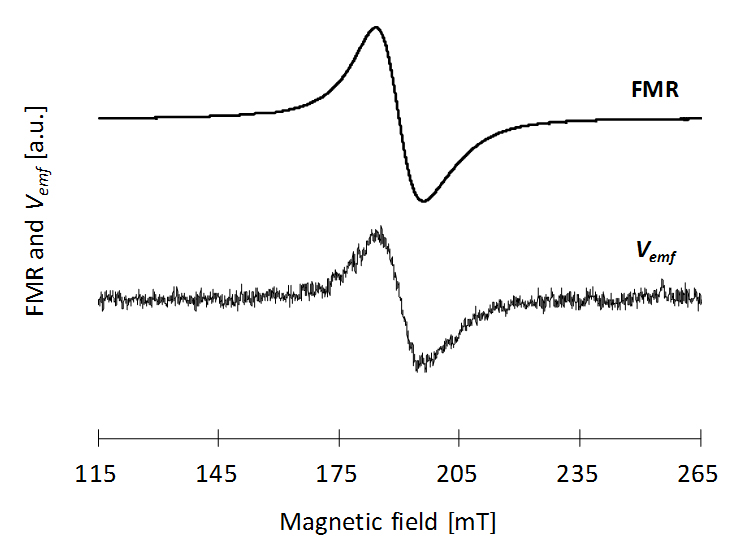