The method that detects the spin dependent recombination current in the semiconductor or the electromotive force derived from inverse spin-Hall effect using an ESR instrument is usually called electrically detected magnetic resonance (EDMR).
While a conventional scheme detects microwave reflection, EDMR measurement detects potential difference of devices attached to electrodes. Therefore, it is necessary to prepare electrodes, lead wiring and a sample tube. Here, a simple example of sampling for EDMR is introduced. 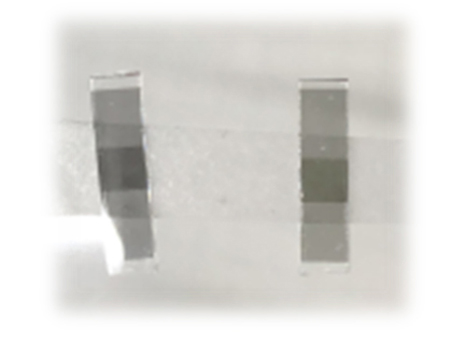 Width of device is desirable of about 3 mm in order to load easily into a sample tube with a diameter of Φ5. 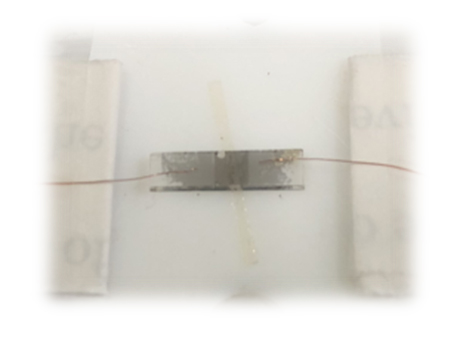 After removing the coating of the lead wire by a chemical agent it is temporarily fixed to both side of thin film device. 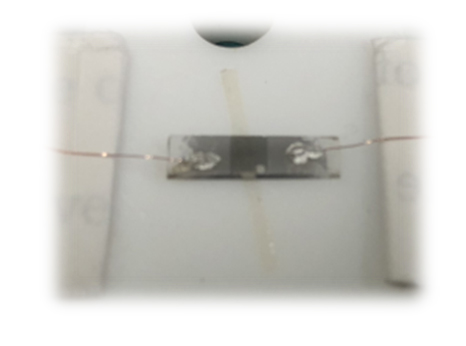 The lead wire is glued by a small amount of Ag paste using thin stick.
Fig. 1 An example of gluing lead wire to device