Cultured paramecium in culture medium with gold nano particles was prepared by a standard TEM protocol. Gold nano particles appear in orange by a phenomenon of surface plasmon resonance (SPR) in a dark field view with a light microscope (shown in LM image). As a result of TEM observation of the orange area that was observed by using LM, food vacuoles which had endocytosed gold particles were observed (shown in TEM image). Overlaying the LM image and the TEM image shows that localizations of gold nano particle in the TEM image were coincident with localization of the orange area in the LM (shown in the overlaid image). 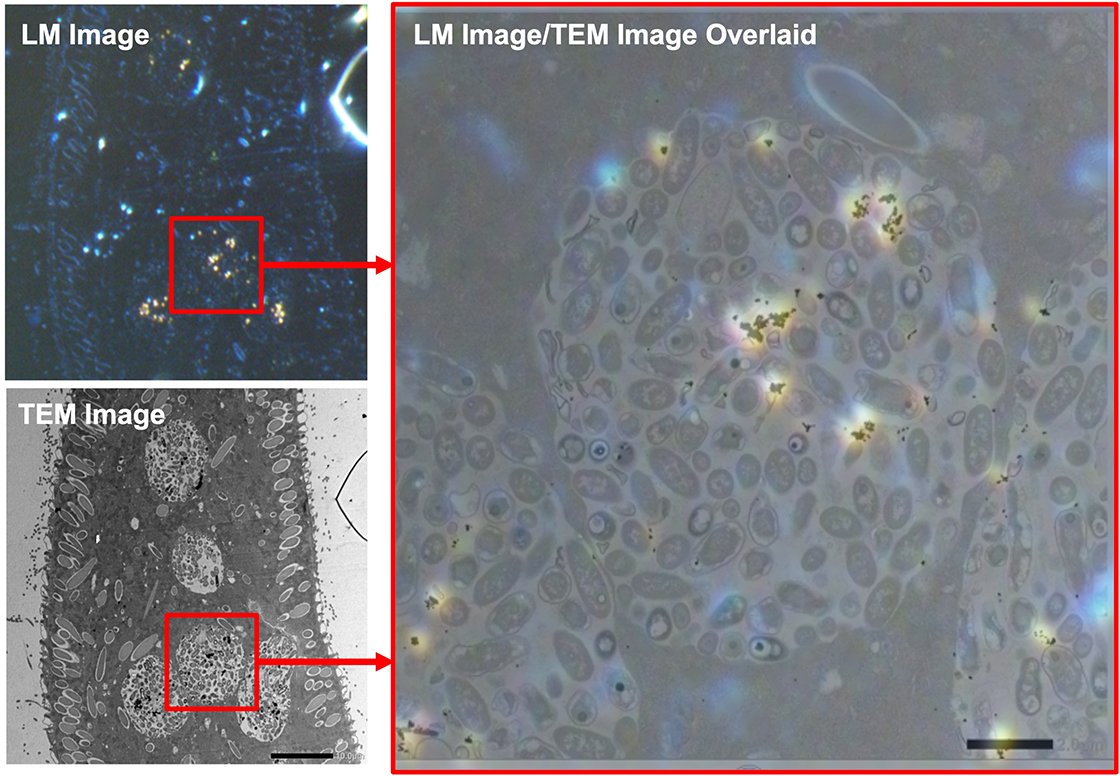