The NMR signal of a spin reflects its local magnetic environment. If a spin due to chemical exchange samples two magnetically different states then its NMR signal would reflect both states. Its appearance on a NMR spectrum would be determined by the dynamics of the exchange event. In the case of chemical exchange that is slow on the NMR time scale, it is possible to observe two distinct signals for the same spin, one signal for each state under exchange. Presence of chemical exchange is often demonstrated with the exchange experiment (2D NOESY experiment). A exchange peak (cross peak) of the same sign can be observed between the two autopeaks (diagonal peaks) that represent the two states under exchange. Because the same results can be interpreted in a different way based on NOE, further evidence is desirable.
ZZ exchange experiment is a 2D NMR experiment for the quantitative study of slow chemical exchange in proteins. It was originally reported as a 1H15N HSQC that uses as NMR probe the relatively isolated 1H15N spin system in the peptide bond of uniformly 15N labeled proteins. A 1H13C HSQC version of the above experiment was prepared and tested on a small compound.

Because of the partial double bond character of the amide C-N bond in N,N dimethylformamide (DMF), free rotation around C-N is hindered and a slow exchange can be established between the two distinct methyl proton signals (states A and B). Cross peaks (exchange peaks) with the same phase with the diagonal peaks can be observed in 2D NOESY and 2D ROESY experiments (Fig.1). 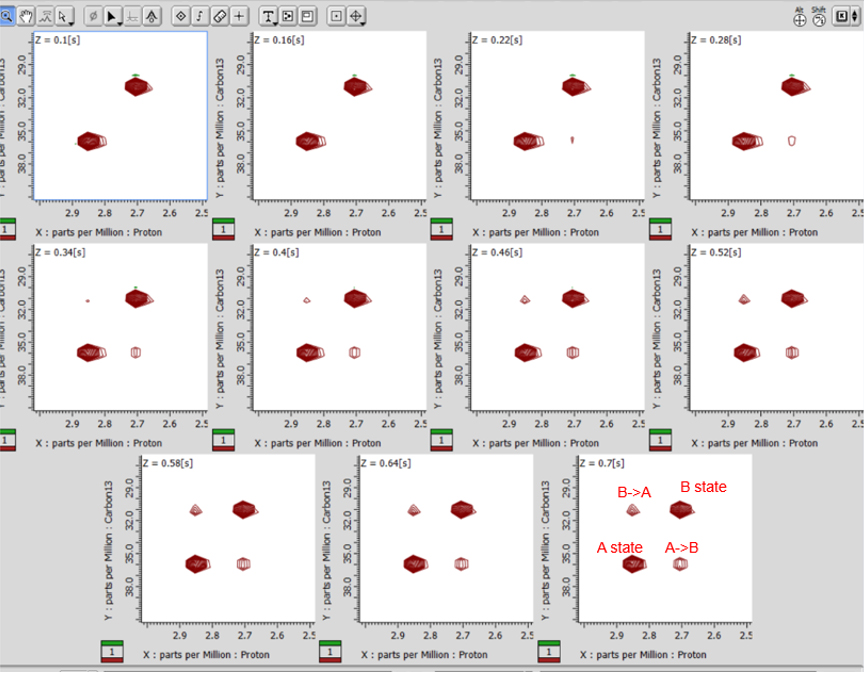 Fig 3： 1H13C ZZ exchange experiment for DMF in DMSO-d6. The 2D experiment was executed as array measurement for the acquisition parameter "mixing time". The result is a single pseudo-3D data file with the recorded values of mixing time on the Z-axis

Phase cycling combined with proton decoupling and in phase carbon magnetization during mixing time ensure that there is no NOE contribution to exchange peaks. Therefore, the above experiment can confirm the presence of slow exchange or even provide under favorable conditions, quantitative description of the exchange event. 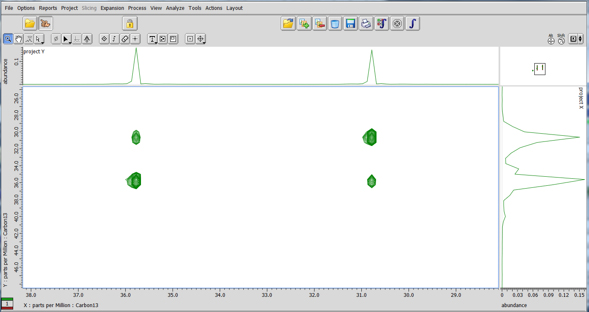