Pyrolysis-gas chromatography-mass spectrometry (Py-GC-MS) and matrix-assisted laser desorption/ionization mass spectrometry (MALDI-MS) are powerful tools in polymer analysis. Py-GC-MS is a method in which a polymer sample is instantaneously heated, and GC-MS analyzes the volatile components generated by thermal decomposition. Although it can be applied to polymers in various states and obtain chemical information, it is not easy to analyze the end group structure. Because the polymers decompose to the monomers and small oligomers, only average information about the sample can be obtained.  MALDI-MS can ionize polymers softly, and by selecting an appropriate matrix, it can ionize polymers with a molecular weight of several 100 Da to several 100 kDa. Combining a high-resolution time-of-flight mass spectrometer, a mix of the same polymers with different end groups, a mix of polymers, or a copolymer can be mass-resolved. However, it can be obtained as long as its average molecular weight is up to 10 kDa. Furthermore, the elemental composition estimation of end groups using accurate mass is limited to several kDa.

While there are pros and cons to polymer analysis by Py-GC-MS and MALDI-MS, end group analysis of polymers by thermal desorption/pyrolysis (TDP) -DART-MS has been proposed [1]. This method generates volatile components by gradually heating a polymer sample with the thermal desorption/pyrolysis device and analyzing them with DART-MS. Unlike the rapid heating in Py-GC-MS, gradual heating generates larger oligomers, and DART-MS can detect them. Some of the generated oligomer components include end group structures, which can be a help in the structure analysis of polymers. In this report, we verify that the end group analysis of polystyrene by TDP-DART-MS examined in Reference [1] is possible by the TDP device ionRocket (BioChromato) and AccuTOF™ LC-plus 4G.

The samples used were standard polystyrenes for size exclusion chromatography (Tosoh Co.) with molecular weights of 5 kDa, 10 kDa, 100 kDa, and 400 kDa. The structures of PSs are shown in Figure 1. The ionRocket was used as the TDP device. The gas generated from the TDP device was measured by attaching a DART™ ion source to the AccuTOF™ LC-plus 4G. Polystyrene samples were prepared as 10 mg/mL tetrahydrofuran solutions, and 30 µL of a solution is deposited on a copper sample cup for ionRocket and dried. The temperature of the ionRocket was maintained at room temperature for one minute and then heated to 600°C at 100°C/min. The helium gas temperature of the DART™ ion source was set to 450°C. The measurement mass range was m/z 250 to 1500, and the measurement was performed in the positive ion mode. 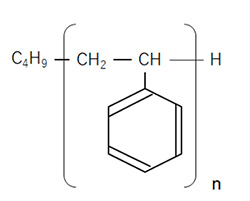 Figure 2a shows the total ion current (TIC) with the temperature. Thermal desorption/pyrolysis products began to evolve around 200°C, reached their maximum around 400°C, and then dropped sharply. Figures 2(b) and (c) show mass spectra at 200-300°C and 300-400°C.
The patterns of both spectra are significantly different. In Figure 2b, where the temperature is low, pyrolysis oligomers containing end groups are mainly observed, and in Figure 2c, where the temperature is high, pyrolysis oligomers generated from the inside of the backbone are mainly observed.

Figure. 3a is an enlargement of m/z 475 to 715 of the mass spectrum of Figure 2b. Figure 3b also shows the KMD plot (base unit C8H8). Two series of 104 u interval, which is the monomer mass of polystyrene, were observed. The structures estimated from the two series of observed accurate masses are shown in Figures 3c and d. In these two oligomer series, the polymer backbone was cleaved at one place during the pyrolysis process, and it is considered that the pyrolyzed incorporating oxygen were ionized as [M + H]+. Since they are oligomers produced with single cleavage, they retain the end group structures. In this way, the composition of the end groups of the polymer can be considered by selecting and analyzing the mass spectrum of the pyrolyzed generated in the initial stage of gradual heating. In reference [1], series of oligomers produced by pyrolysis were observed as both [M + H]+ and [M + NH4]+, but here [M + H]+ was observed predominantly, and a simple mass spectrum was obtained. This is because the atmospheric pressure interface of the AccuTOF™ series has excellent vacuum pumping capacity and can be operated without using VAPUR interface, which assists the pumping of helium gas used for DART™ ion source. For the change of mass spectrum when VAPUR is attached, refer to the previous applications note MSTips 221 [2]. 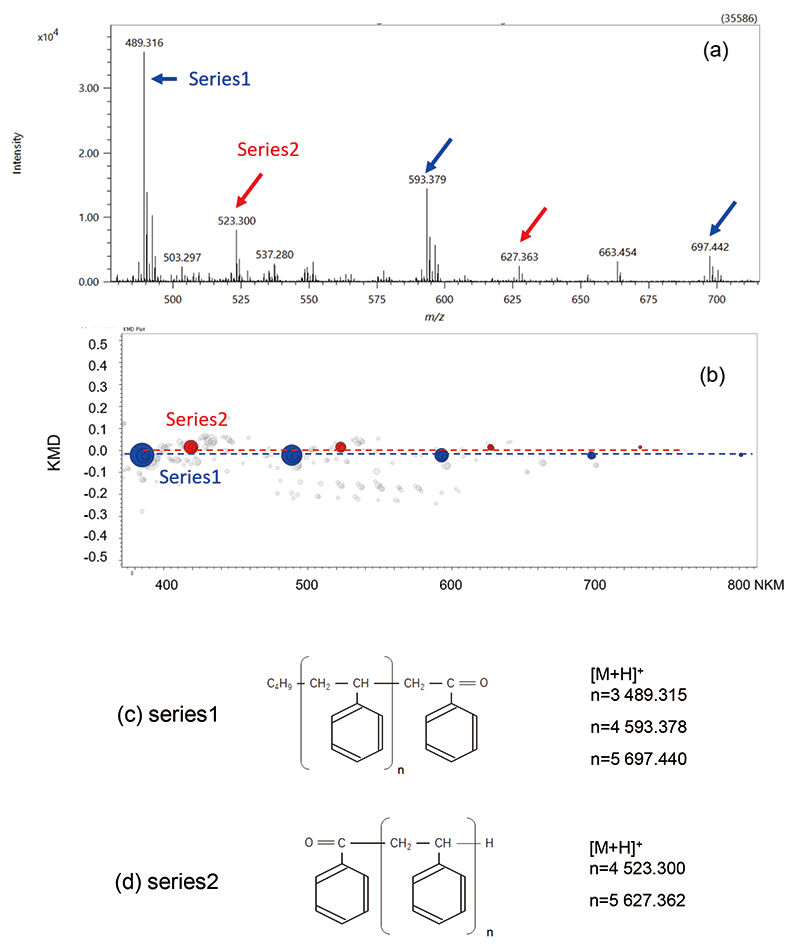 Figure 3 (a) Expanded mass spectrum of Figure 2b. (b) KMD plots of Figure 2b(base unit C8H8).
The estimated chemical structures and calculated masses of (c) series1 and (d) series 2. 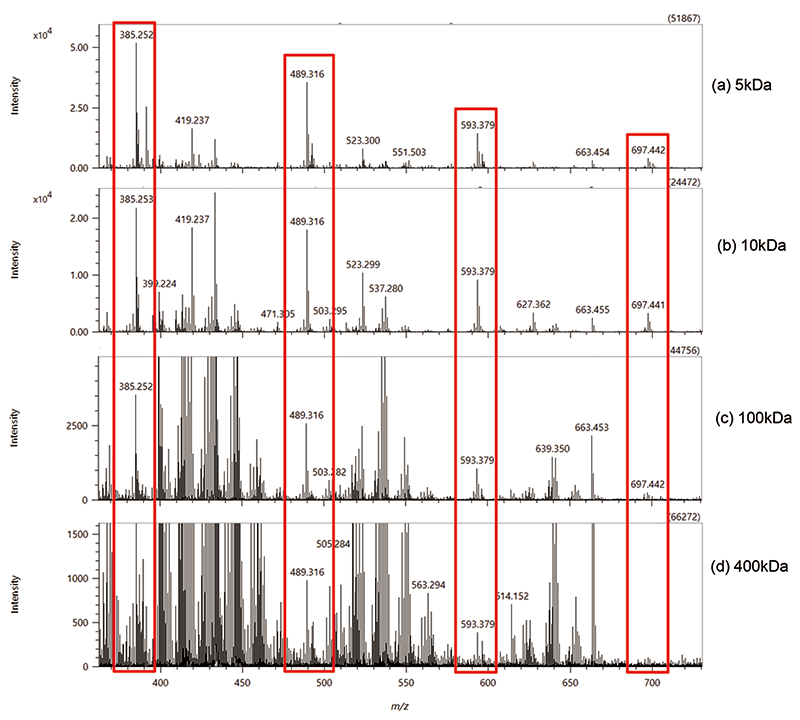 It was confirmed that information on the end groups can be obtained by detecting the oligomers produced by single-cleavage during gradual heating using TDP-DART-MS and estimating the elemental composition. It is expected that the structural analysis of polymers will be further advanced by using TDP-DART-MS in a complementary manner with the conventional Py-GC-MS and MALDI-MS.

This document was created with the cooperation of Dr. Hiroaki Sato, Dr. Shogo Yamane, and Drs. Kiyoka Nakamura, Research Institute for Sustainable Chemistry, National Institute of Advanced Industrial Science and Technology.
We would like to thank BioChromato Inc. for lending the ionRocket thermal desorption / pyrolysis device for DART™ for the experiment.