Strong interaction between light and electrons (1) "Effect of excessive spins"

Typical electron spin resonance (ESR) spectrometer uses a microwave resonator, which is usually called a cavity, as a sensitive detector. A sample is usually set in the center of the cavity, and energy absorption by ESR phenomena is detected according to the degree of an impedance mismatching of the resonant circuit of the cavity. Absorption intensity in the ESR and FMR (Ferromagnetic Resonance) is proportional to the square root of the irradiated microwave power and the spin amount in the measured sample. Moreover, the spectral line width is proportional to the inverse of the transverse relaxation time of spins. The cavity is a device that stores only the light, of which the frequency is 𝜔𝑐=2𝜋𝑓𝑐, in the limited space. Electron spins lied in a static magnetic field are like spinning tops which are locked to specific Larmor frequency (𝜔𝑟=2𝜋𝑓𝑟). ESR/FMR spectrum is usually measured in the condition of 𝜔𝑐=𝜔𝑟. Recently, many attentions are gathering to the interaction between light (microwave) and spins in the cavity according to the development of quantum optics.

An 11.4 mg powder sample of 2,2-diphenyl-1-picrylhydrazyl (DPPH), which is used as a standard, loaded into a quartz tube with a diameter of 3 mm, and, as shown in Fig. 1(a), was set in the center position (Set_A) of the cavity. As another variation, the same sample was set in the edge (Set_B) of the cavity as shown in Fig. 1(b). Two ESR spectra of Set_A and Set_B were measured. 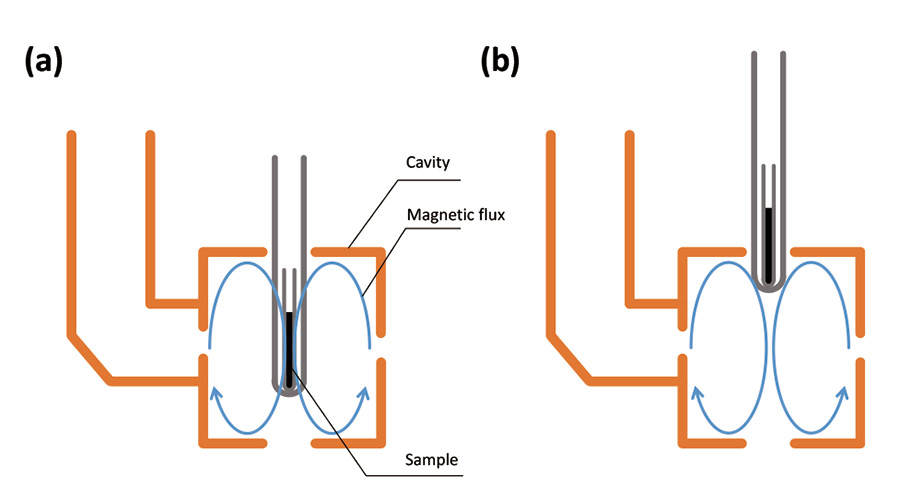 Fig.1 Sample set up in the cavity.

Two ESR spectra have apparent different line widths as shown in Fig.2, in spite of only changing the sample position in the cavity. Each spectrum is under a different condition of spin amount and magnetic flux density, but its spin concentration is the same. Therefore, the origin of different line widths cannot be explained simply based on the sample position. This is a basically different phenomena from the dipole-dipole interaction when spin concentration is low. Indeed, the normal spectrum is "Set_B". Spectral broadening like "Set_A" is called "radiation damping[1]", and is sometimes a serious problem in an NMR measurement situation. 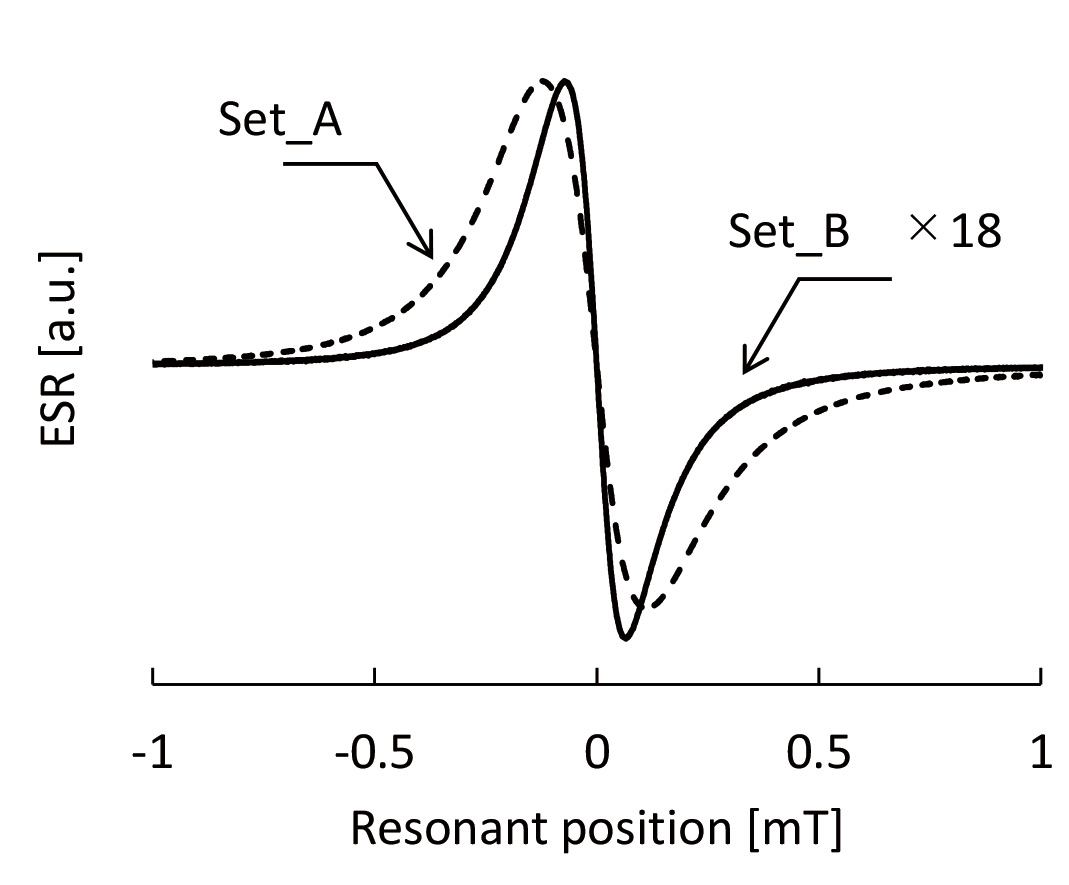 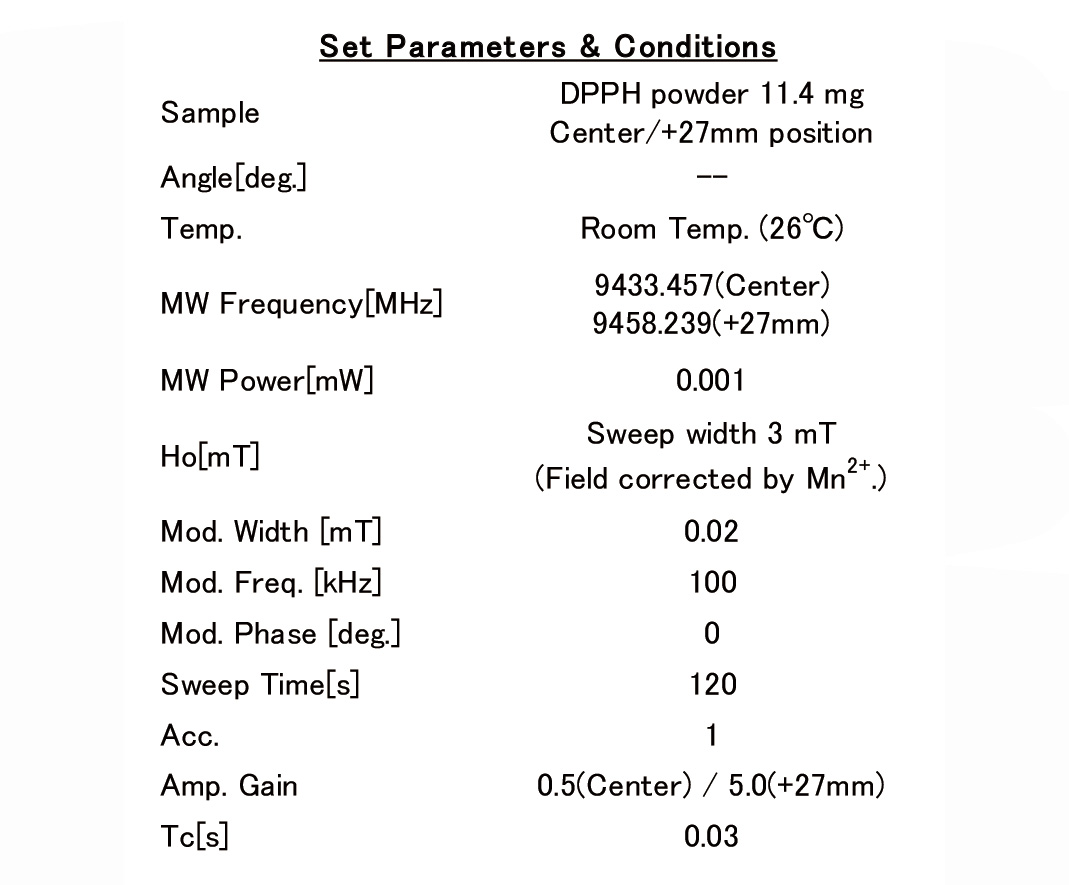