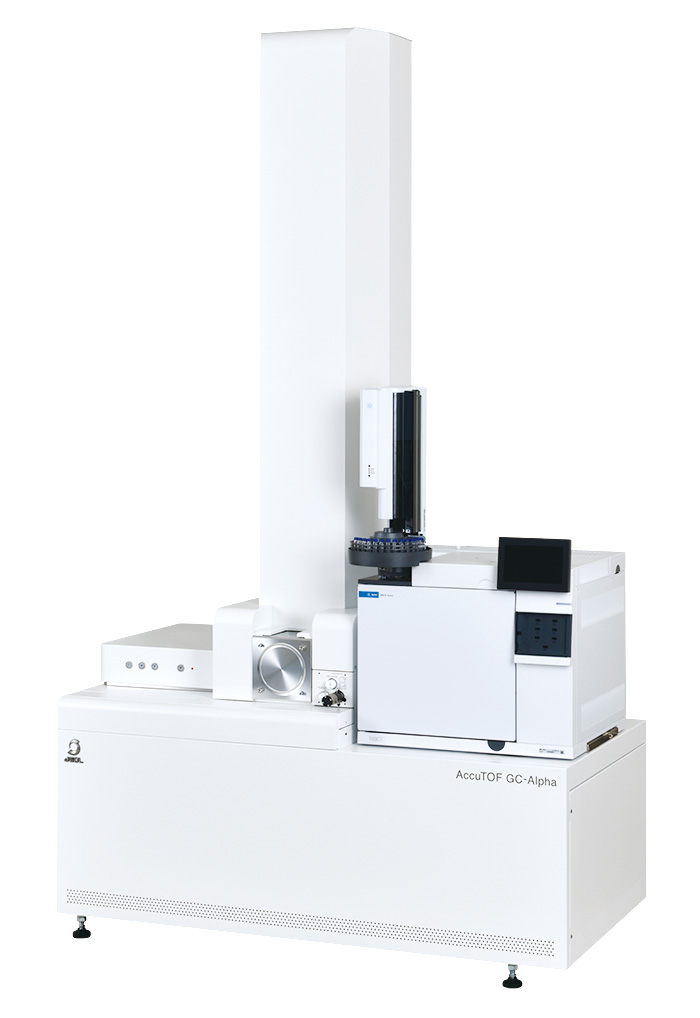 Crude oil from the Gulf of Mexico (SRM2779, NIST) was used as the sample. The previous generation JMS-T200GC and new generation JMS-T2000GC equipped with EI/FI/FD combination ion sources were used for the sample analysis. Table 1 shows the measurement conditions for these systems. The data from each system was then analyzed by using msRepeatFinder to confirm the effect of improved mass-resolving power on the analysis results.

Fig. 2 shows the FD mass spectrum obtained by both instruments. Although the overall spectrum patterns were very similar, a closer inspection of the peaks showed that the peak separation differed significantly for each instrument. The JMS-T2000GC (Fig. 2(a)) showed a clear mass separation of each hydrocarbon component, even in the high mass range above m/z 600, that is the result of the new system having a higher mass resolving power. In contrast, the mass separation for the previous model was insufficient, particularly in the high mass range, to adequately resolve the mass peaks from each other. 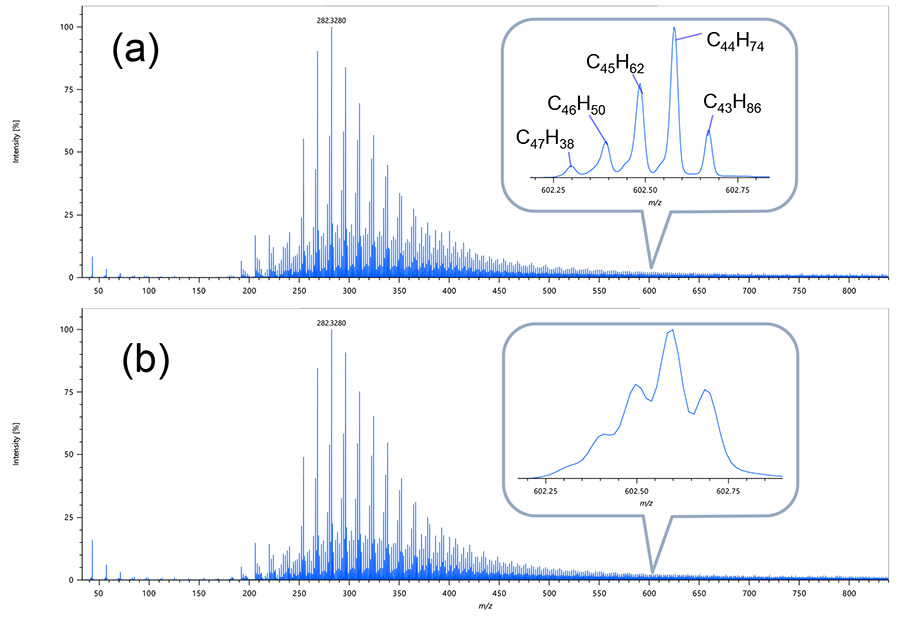 Next, msRepeatFinder was used to visualize each FD mass spectrum with KMD plots (Fig. 3). The JMS-T2000GC KMD plot (Fig. 3(a)) clearly showed the family of components over the full mass range (including the components above m/z 600). This outcome is a direct result of the improved peak separation, as shown in Fig. 2. On the other hand, the KMD plot for the previous model showed very poor results for the peaks above m/z 600, with many components disappearing because of insufficient mass separation. Basically, the unresolved peaks are being treated as single components despite the fact that there are multiple components, thus resulting in the loss of KMD Plot information in the high mass range.

The above results confirmed that the high resolving power achieved by the JMS-T2000GC was particularly effective for direct mass measurements (FD probe) of complex materials like crude oil. Additionally, the KMD plots clearly showed that the T2000GC high mass-resolution dramatically increased the number of detected components as a result of the improved mass separation.