JEOL 2mm HXMAS probe is a multi-use probe capable of high speed magic angle spinning (MAS) up to 40kHz and high sensitivity measurements. It is not only available for general use in standard 13C measurements of organic materials, but also for highly sensitive 1H indirect detection utilizing high resolution 1H NMR. Since it is also suitable for 19F measurements where spinning side bands are likely to appear (JEOL application note: NM180013 ) and MQMAS measurements of quadrupole nucleus, the 2mm probe is strongly recommended probe that can handle a variety of measurements as a single probe. 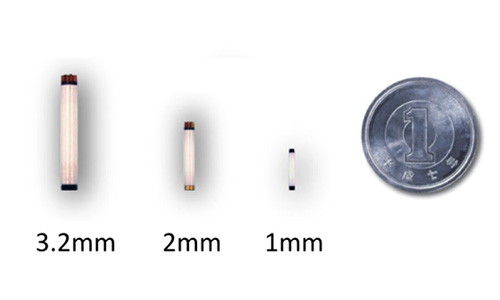 The 2mm probe can obtain 13C CPMAS spectra with a sensitivity of about 20 to 30% less than the 3.2mm probe although the sample volume is about 1/3. This probe can be used for a daily use of 13C measurement and is especially effective for measuring a small amount of sample. 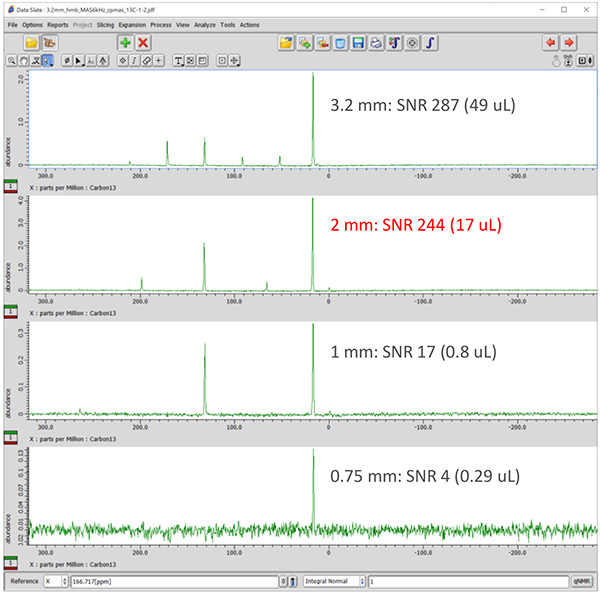 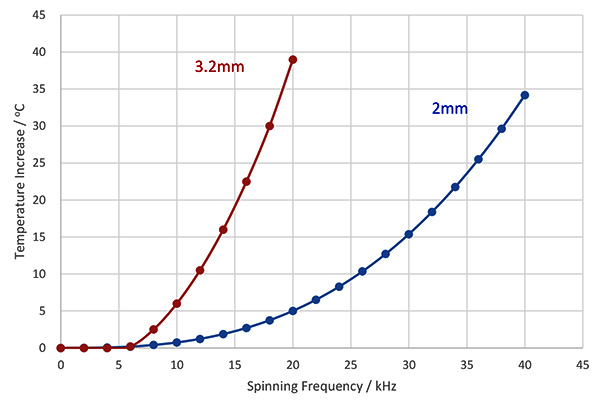 Fig.2 Relation between spinning frequency and temperature increase of samples for 3.2mm and 2mm probes.

The sensitivities of nuclei with low gyromagnetic ratios can be dramatically improved by 1H indirect methods owing to high sensitivity and resolution of 1H at very fast MAS regime. 40kHz MAS achieved by the 2mm probe provides 1H high resolution and allows to obtain 1H indirect spectra. Although the sensitivity with the same sample volume is inferior to that of the 1mm probe, actual sensitivity of the 1H indirect detection using the 2mm probe is much higher because of much larger sample volume. As an example, natural abundance 1H/15N CP-based HSQC spectra of cimetidine measured by the 1mm and 2mm probes are shown. 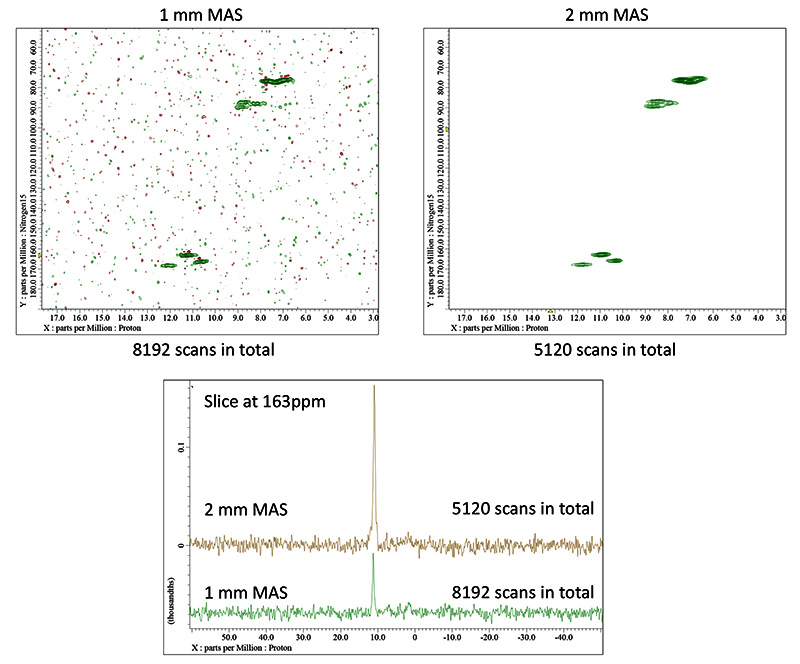 The 2mm probe is also useful for MQMAS measurement of quadrupole nuclei. The MQMAS is a representative method for observing quadrupolar nuclei with high resolution, and is widely used because it is available with a standard solid state MAS probe. A strong rf magnetic field strength ,B1, is essential for the MQMAS method because the excitation efficiency of multi-quantum excitation affects the sensitivity of MQMAS measurements. The 2mm probe can apply a stronger B1 than the conventional 3.2mm probe, enabling highly sensitive MQMAS measurements. Here, we show the 27Al 3QMAS spectra of kyanite (Al2SiO5) measured with the 3.2mm and the 2mm probes. 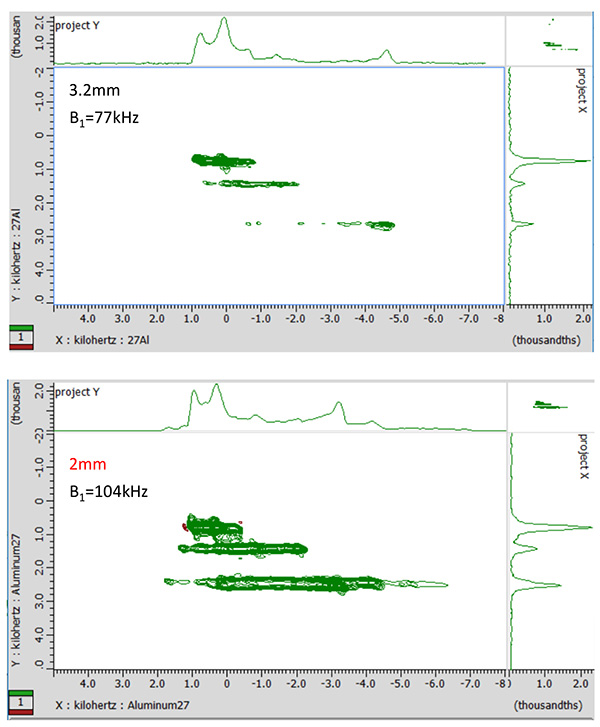 Fig.5 27Al 3QMAS spectra of kyanite (Al2SiO5) obtained by 3.2mm and 2mm HXMAS probes. The rf field strength B1 of multi-quantum excitation are 77kHz for 3.2mm and 104kHz for 2mm, respectively.