Dioxins are a general term for polychlorinated dibenzo-p-dioxins (PCDDs) and dibenzofurans (PCDFs). Their structures consist of two chlorinated rings. Many congeners differ in terms of number of chlorine atoms and binding sites (Fig. 1). These substances are considered as persistent organic pollutants (POPS) due to their presence in the environment and the health risks associated. A World Health Organization (WHO) study has demonstrated the health risks (carcinogenic and immunotoxic) when population are exposed to them. In addition, dioxins have been regulated by the Stockholm convention on POPs in May 2001. In particular, 17 substances have to be monitored because they are regulated (7 PCDDs and 10 PCDFs). The highest toxic compound is the 2378-TeCDD. Currently, dioxins analysis can be done not only using GC-HRMS but also with GC-MS/MS according to European commission regulation (EU644/2017). Especially, GC-triple quadrupole MS is interesting in terms of handling, instrument size and operating costs. Recently, JEOL has developed a new GC-triple quadrupole MS (JMS-TQ4000GC) and a new dedicated dioxins analysis software called TQ-DioK. In this study, we evaluated JMS-TQ4000GC with TQ-DioK using dioxins standard samples.

Table 1. Concentrations of each calibration point

The GC-MS/MS method was validated in terms of chromatographic separation, sensitivity and RRF. Some criteria, especially separation and RRF have to comply with EU commission regulation(EU2017/644). 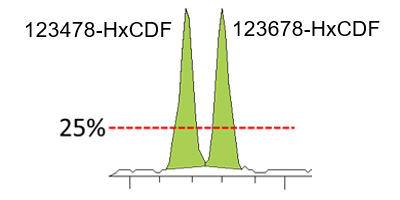 Table 4. Results of RSD of RRF for the lowest calibration point, average of RRF, RSD of RRF and LOQ

All measurements and evaluation about the basic performances of JMS-TQ4000GC were organized and tested by the 'LABoratoire d’Etude des Résidus et Contaminants dans les Aliments (LABERCA), Nantes, France.