Fig. 1: Stereo configuration of cyclohexane ring a), Newman projection b) 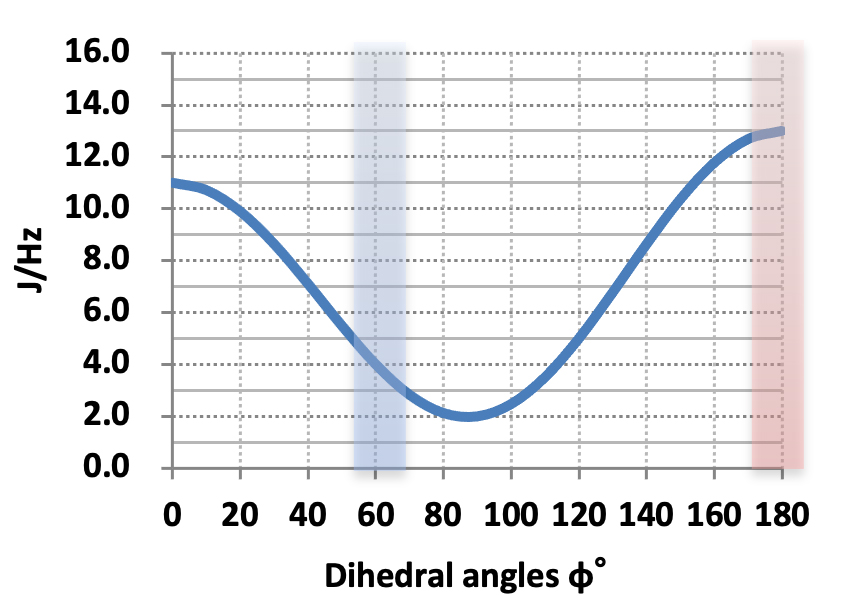 As you know, the 1H NMR signal is usually split due to J-coupling with nearby 1H, and the J-value can be obtained by measuring the distance between the individual peaks in the spectrum. However, it can be difficult to extract reliable J-values directly from the 1H spectrum where there is overlap between signals or signals show multiple splittings due to couplings to more than one neighboring hydrogen atom. In such cases, J-resolved spectroscopy has been used for many years to address this problem. 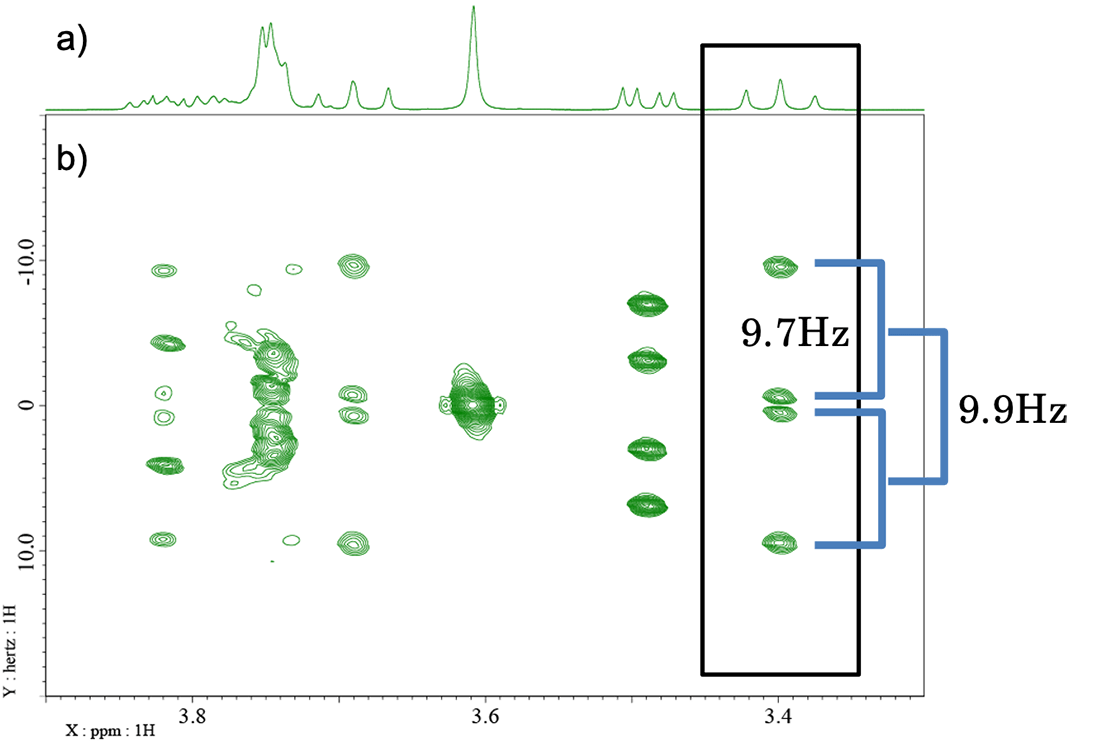 Fig. 3: 1H NMR a) and J-resolved spectra of sucrose after tilting b).

The 3.4 ppm signal in Fig. 3 appears to be a triplet in the 1H NMR spectrum a), but the J-resolved spectrum b) shows that it is a doublet of doublets (dd), and the J-values can be determined- accurately. On the other hand, it is not clear which protons couple with this proton. Using the G-SERF 1) (Gradient-encoded homonuclear SElective ReFocusing spectroscopy) experiment, it is possible to determine coupling partners and J values of the selected 1H signal at the same time. 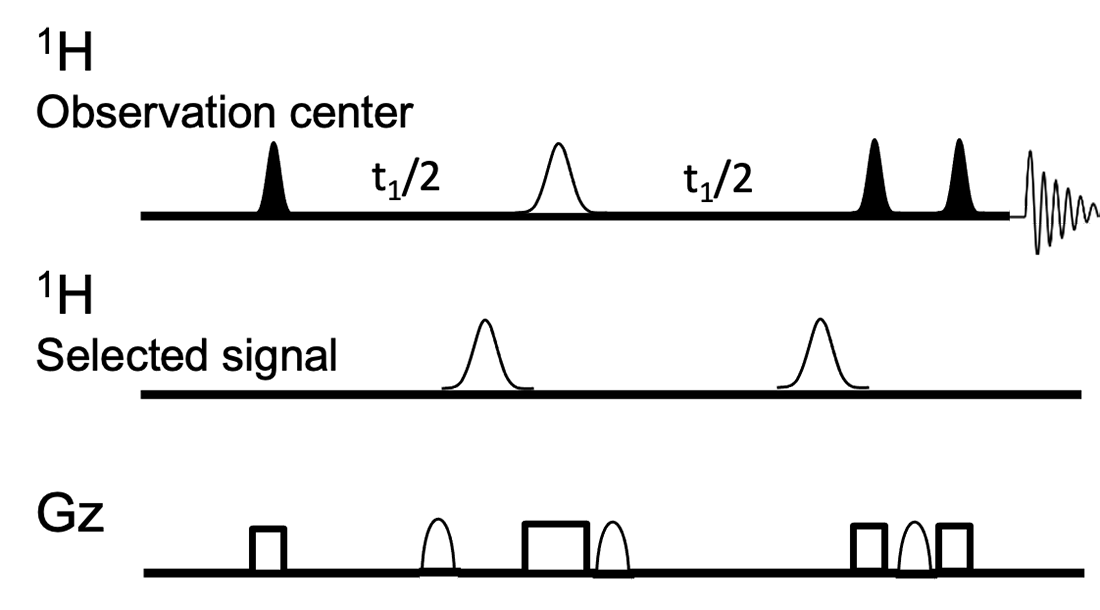 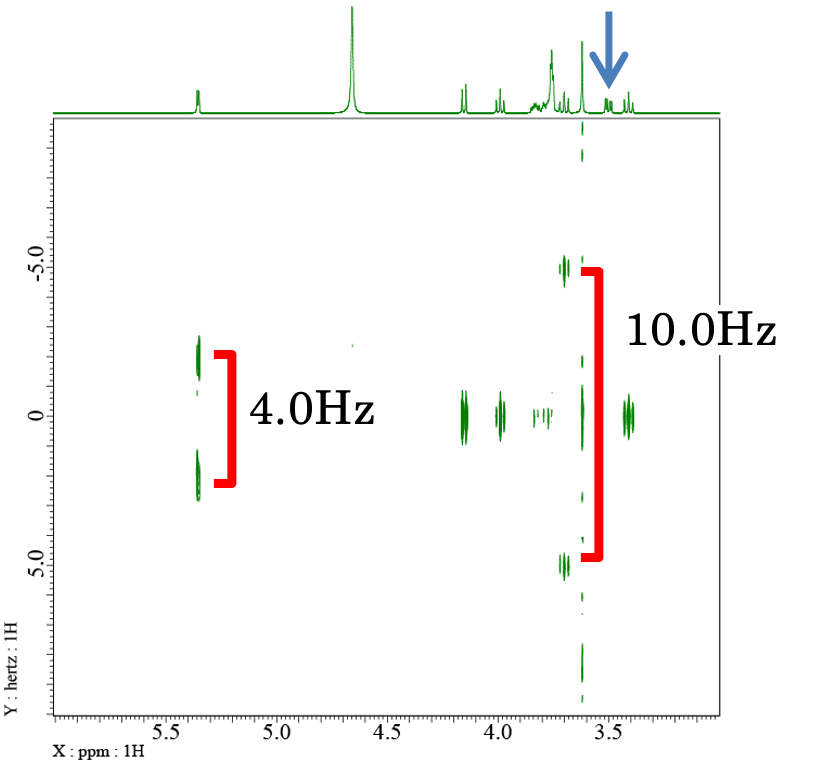 When analyzing G-SERF spectra, care should be taken when trying to measure small couplings in a crowded region of the 1H spectrum. The signals in the center of the G-SERF spectrum in the F1 dimension can make it difficult to determine whether there is a real coupling or not. In such a case, the Clean G-SERF experiment 2) is a more useful alternative. This method eliminates the unwanted signals in the center of spectrum, thus making it easy to analyze even very small couplings. On the other hand, the Clean G-SERF experiment is less sensitive than the G-SERF experiment. 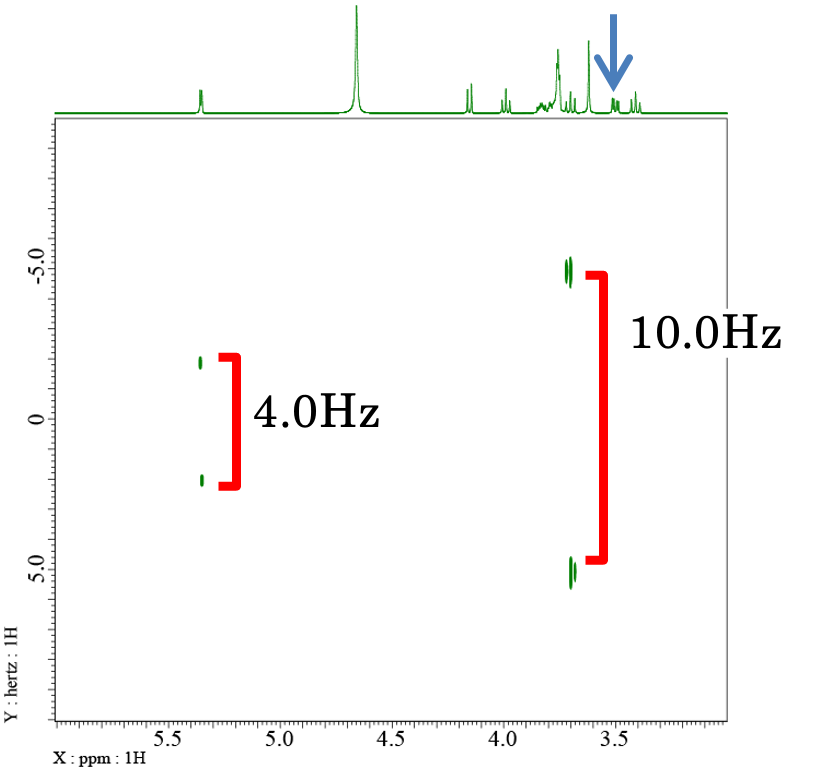