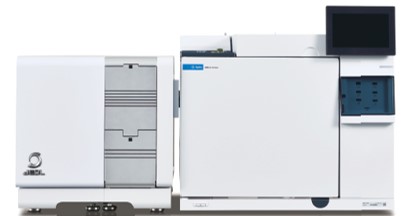 Overview of the differential analysis function in msFineAnalysis iQ 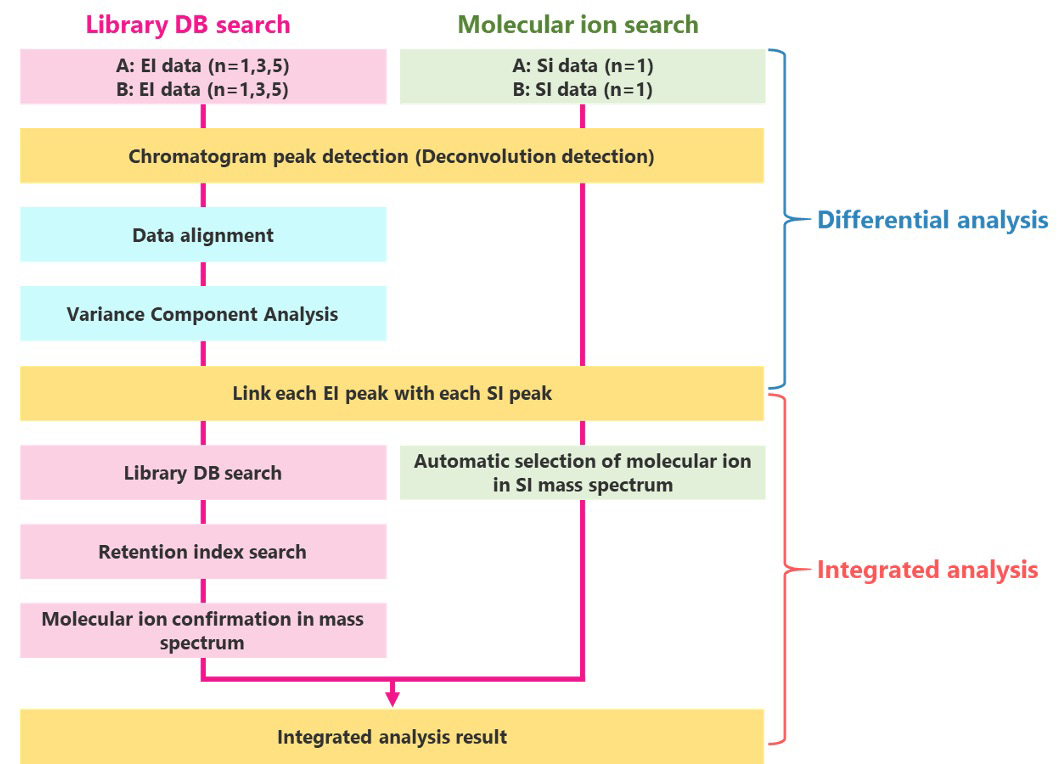 Figure 2 shows the total ion current chromatogram (TICC) of the pyrolysis GC/MS results of the non-woven mask and the lunchbox antibacterial sheet using the EI data. In both samples, many peaks of pyrolysis products, presumably derived from polypropylene, were detected. Figure 3 shows a volcano plot, the result of the differential analysis. The volcano plot is a scatter plot that allows us to visualize the characteristic components among the samples, and shows the intensity ratio (Log2(B/A)) among the samples on the horizontal axis and the statistical reproducibility (-Log10(p-value)) on the vertical axis. The volcano plot enabled us to visualize the characteristic and common components in non-woven mask and lunchbox antibacterial sheet. 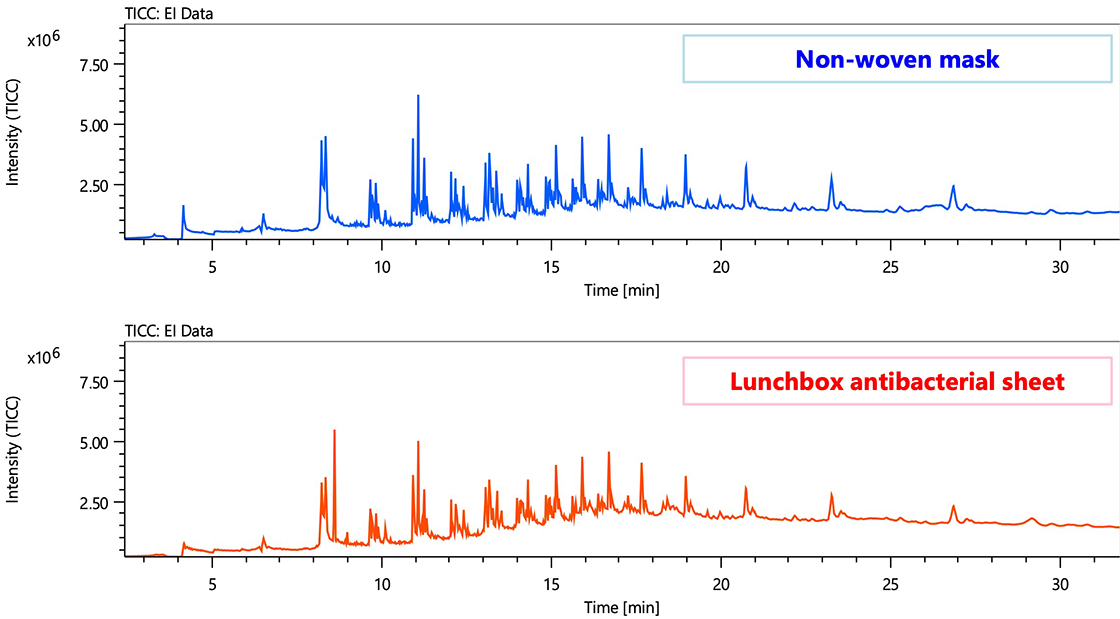 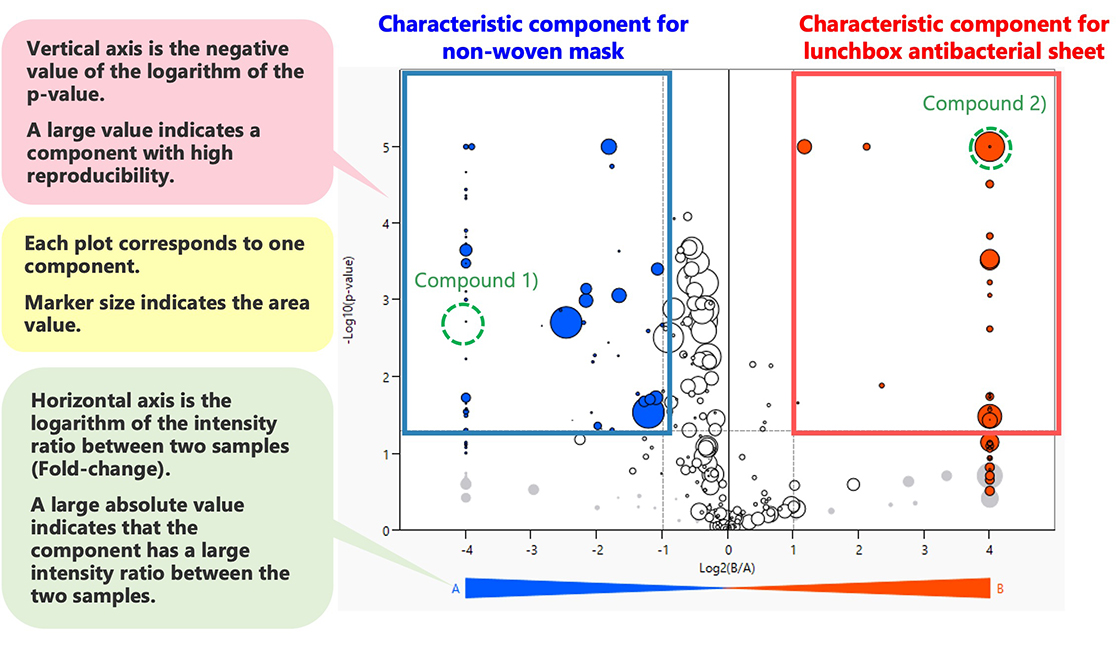 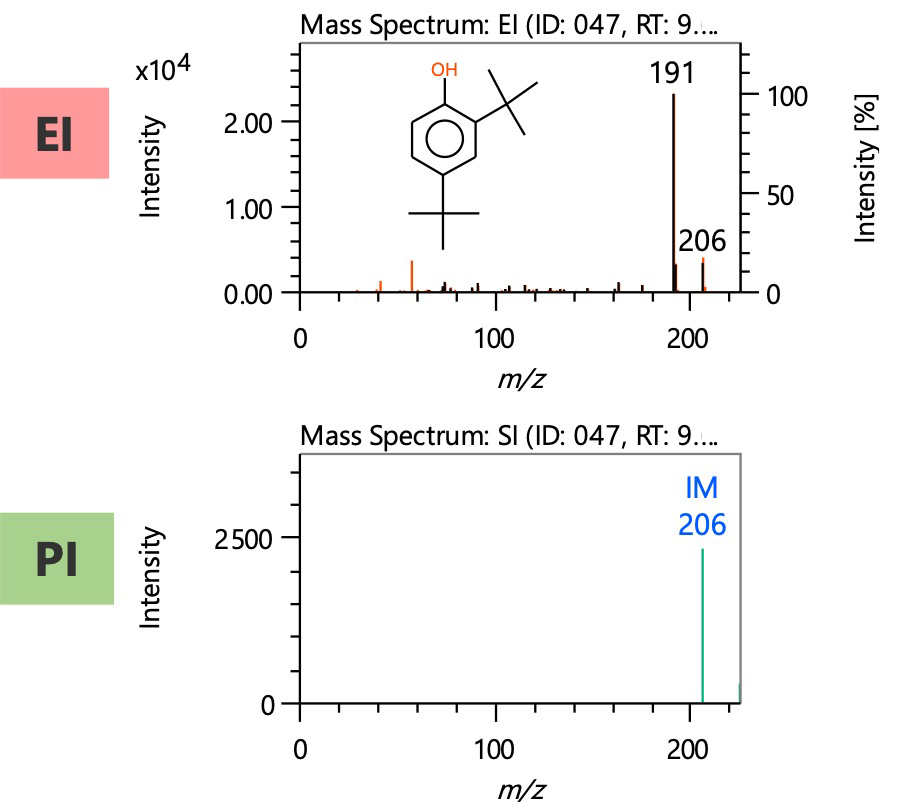 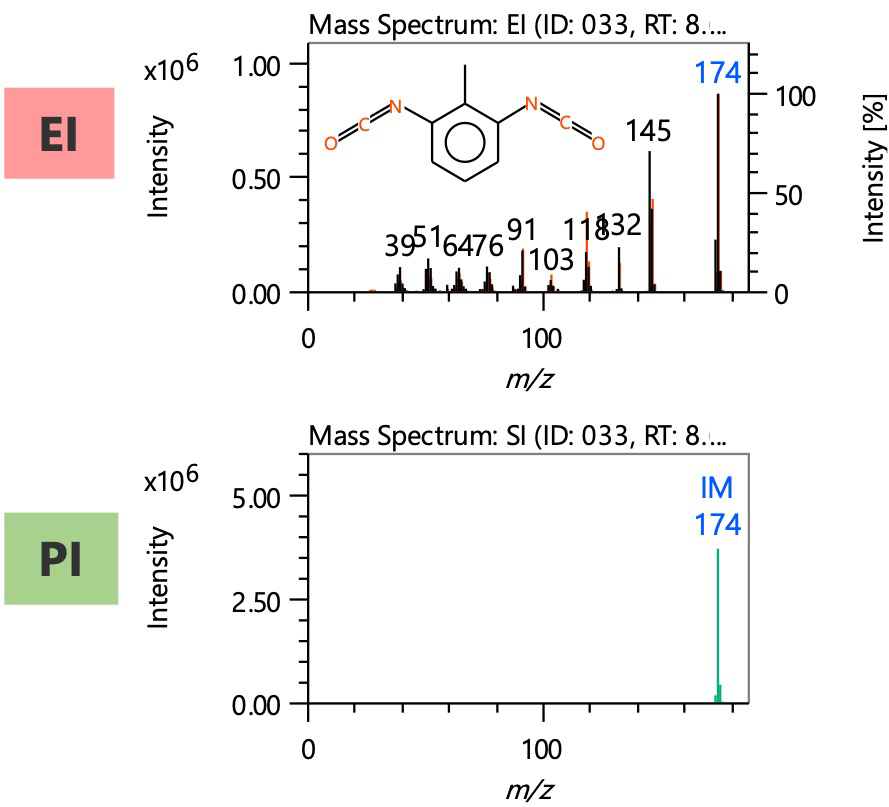