Pyrolysis / gas chromatography / mass spectrometry (Py/GC/MS) and matrix-assisted laser desorption/ionization mass spectrometry (MALDI-MS) are powerful tools in polymer analysis. Py/GC/MS is a method in which a polymer sample is heated instantaneously and the volatile components generated by thermal decomposition are analyzed by GC-MS. Although it can be applied to polymers in various states and chemical information can be obtained, since the polymer is decomposed to the monomer level, average information of the sample can be obtained, but it is difficult to analyze the end group structure. MALDI can ionize polymers softly, and by selecting an appropriate matrix, it can ionize polymers with a molecular weight of several hundreds Da to several hundreds kDa. By combining with a high-resolution time-of-flight mass analyzer, if the sample has a molecular weight of up to about 10 kDa, a mixture of homopolymers with different end groups, a mixture of dissimilar polymers, or a copolymer can be mass-separated and the molecular weight distribution can be obtained. However, the elemental composition analysis of end groups by means of accurate mass is limited up to several kDa. While there are advantages and disadvantages in polymer analysis by Py/GC/MS and MALDI-MS, end group analysis of polymers by thermal desorption / pyrolysis (TDP) -DART-MS has been proposed [1]. This is a method of analyzing the volatile components generated when the polymer is gradually heated by a thermal desorption / pyrolysis device by using DART-MS.
By gradual heating, unlike Py/GC/MS, moderately fragmented oligomer components can be analyzed by DART-MS. Some of the oligomer components generated include the end group structure by single cleavage of the main chain, which helps to analyze the structure of the polymer. Here, an analysis example of polyphenylene sulfide (PPS) using TDP-DART-MS is reported [2]. PPS is an engineering plastic with excellent heat resistance and chemical resistance. It is important to analyze the structure of the end groups because the difference in the manufacturing method appears in the end groups. However, it was difficult to analyze the end groups of PPS because it is insoluble in general organic solvents.

The sample used was a research grade PPS (Scientific Polymer Products). The ionRocket was used as the thermal desorption / pyrolysis (TDP) device. The gas generated from the TDP device was analyzed by by the AccuTOF™ LC-plus 4G equipped with a DART™ ion source. The PPS sample was placed as a solid in a copper sample pot for ionRocket. The temperature of the ionRocket was held at room temperature for one minute and then raised to 600°C with the rate of 100°C/min. The helium gas temperature of the DART™ ion source was set to 450°C. The measured mass range was m/z 250 to 1,500, and the measurement was performed in the positive ion mode. The msRepeatFinder was used for Kendrick Mass Defect (KMD) analysis.

Figure 1a shows the change in total ion current (TICC) with heating. Gas began to be generated by pyrolysis from around 200°C, reached its maximum around 550°C, and then the amount of gas dropped sharply afterwards. Figure 1b shows the averaged mass spectrum from 180°C to 500°C. In the mass spectrum was observed a group of peaks with an interval of 108u, which was estimated from the measured accurate masses to be C6H4S, the monomer unit of PPS. 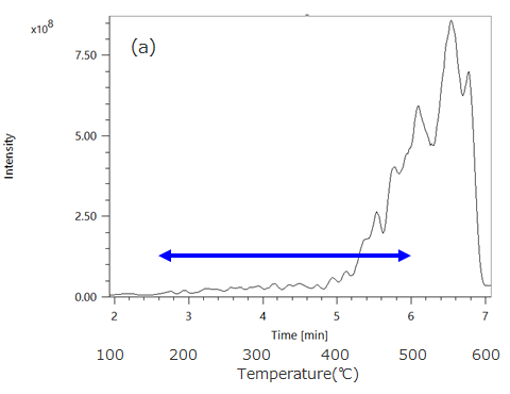 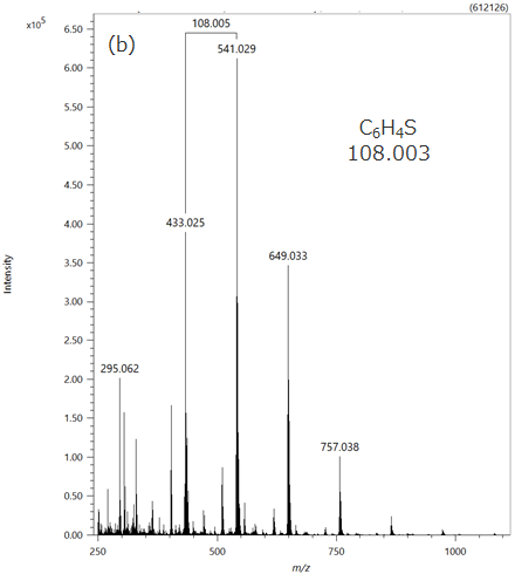 Figure 1. Evolution profiles of PPS in the TIC mode during the heating process(a) and
mass spectra of heating temperature 180-500 (b).

Figure 2a is an expansion of the mass spectrum of Figure 1b into a KMD plot (base unit: C6H4S). From the KMD plot, it was found that four main series were observed, and grouping was performed by msRepeatfinder. Structural elucidation was performed for each series from the measured accurate masses and isotope peak patterns. The results are shown in Figure 2b. The isotope patterns of series II and IV revealed that they contained one and two chlorines, respectively. The isotope pattern simulation and the enlarged view of the mass spectrum for n = 2 in Series II were compared (Figure 2c). From the results of these end group analyzes, it can be inferred that this sample was synthesized by the Pillips method. Please refer to Reference [2] for the results of analysis of industrial PPS. 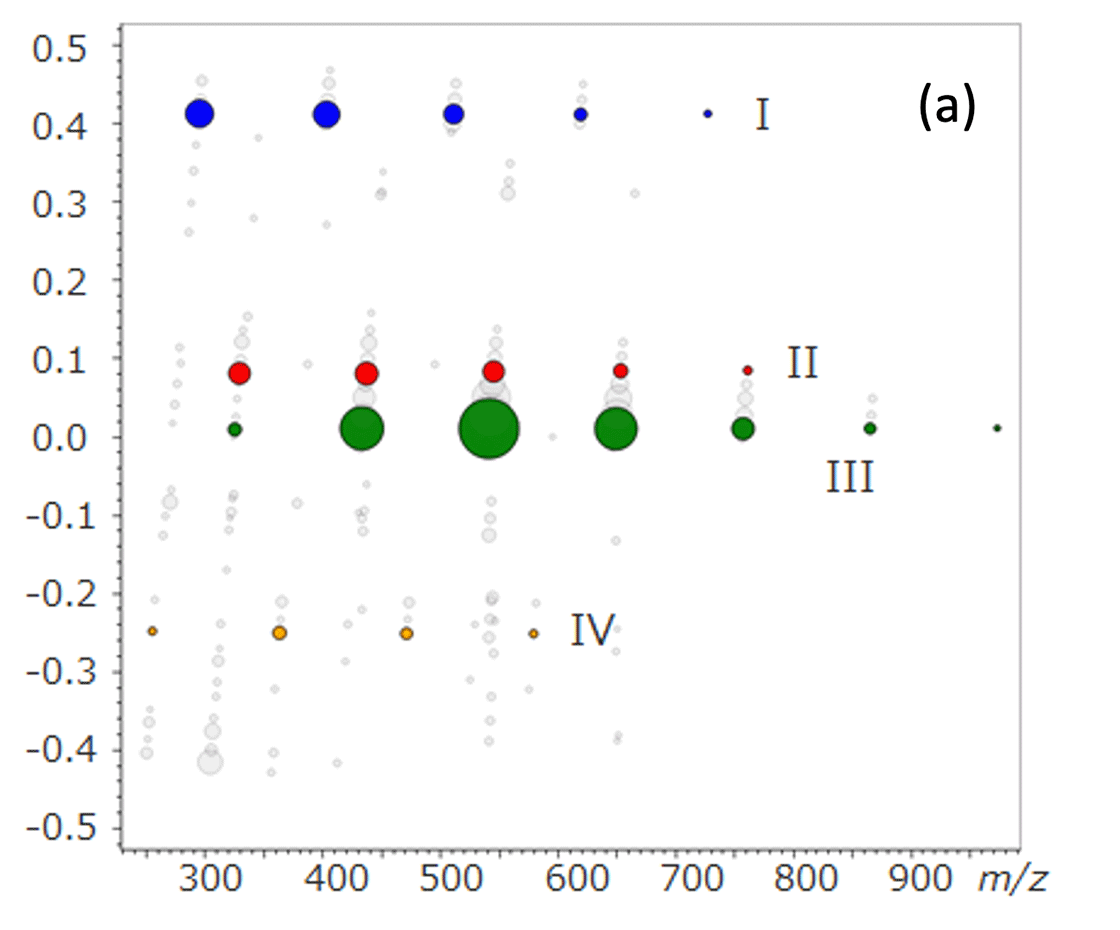 This applications note was created with the cooperation of Dr. Hiroaki Sato, Dr. Shogo Yamane, and Dr. Sayaka Nakamura, Research Institute for Sustainable Chemistry, National Institute of Advanced Industrial Science and Technology. We would like to thank BioChromato Inc. for lending the ionRocket, a thermal desorption / pyrolysis device for DART, for experiments.