Application of diffusion filter - suppression of signal of small molecule

Parameters can be set in the same manner as they are set in conventional diffusion experiments. However, since only one 1D spectrum needs to be measured instead of pseudo-2D data set, the measurement time is almost the same as that for ordinary 1H NMR spectrum. For example, Fig. 1 shows the relationship between magnetic field gradient strength and 1H signal intensity for molecules with large and small diffusion coefficients. The red line indicates a component with a large diffusion coefficient (i.e. small molecule), whilst the blue line indicates a component with a small diffusion coefficient (i.e. large molecule). The dashed line indicates that at the magnetic field gradient strength G of 0.3 T/m, the blue component is greatly suppressed, while the red component is almost unaffected. This point represents suitable experimental condition for selective observation of the red component. 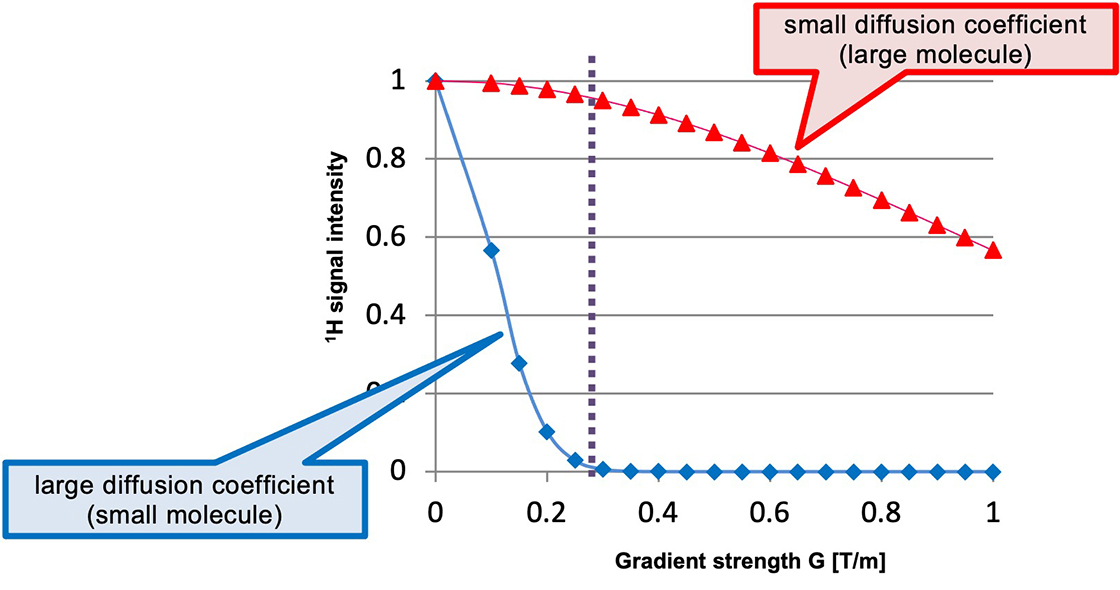 Here, we will demonstrate the effect of diffusion filter on an undiluted solution of hand soap. The 1H spectrum of this sample is shown in Fig. 2. 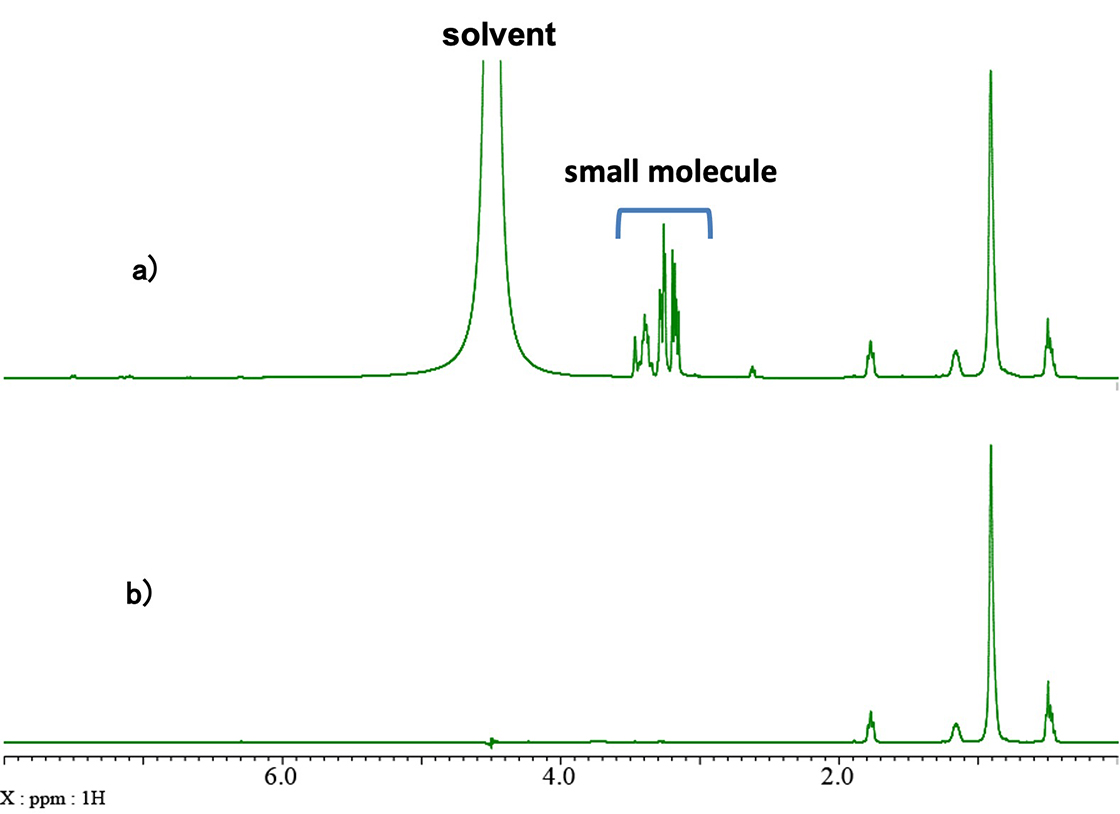 Fig. 3: Comparison of a) 1H spectrum, and b) Diffusion filter

Fig. 4 shows a comparison of 1H spectra (a), presaturation (b) and diffusion filter (c). Presaturation suppresses the signal of water at around 4.5 ppm. However, it also suppress the small signals at around 3.7 and 4.2 ppm indicated with red circles in the spectrum collected with diffusion filter. 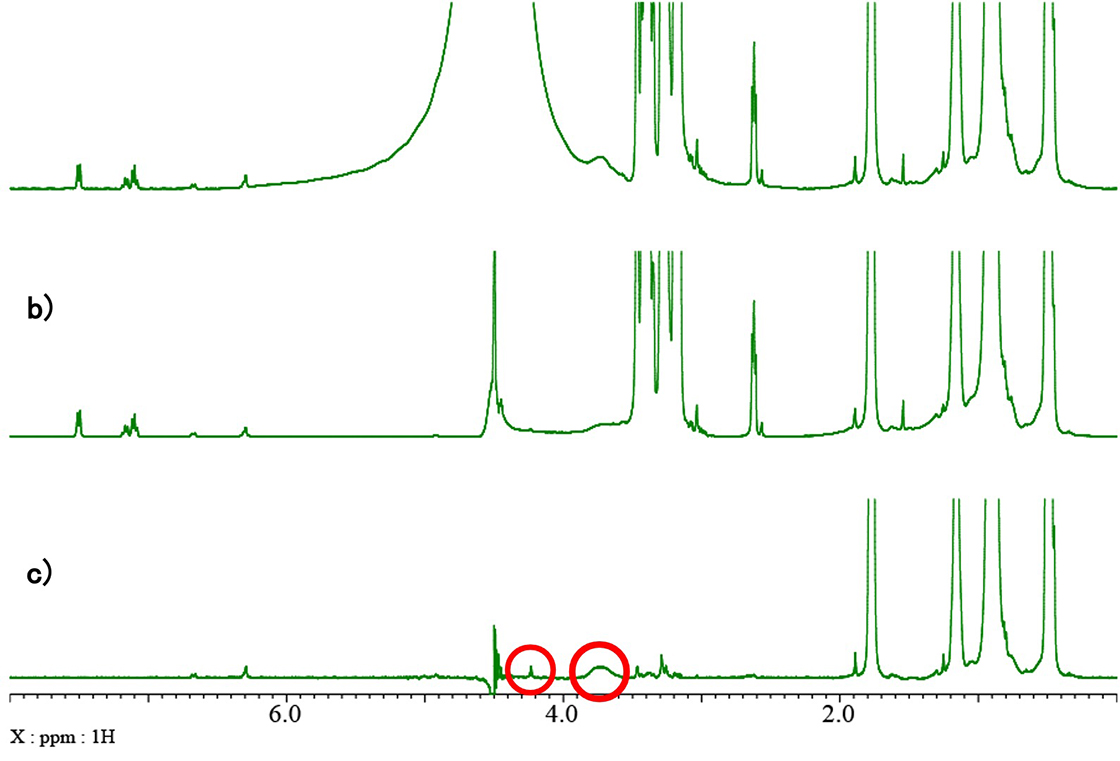 Fig. 4: Comparison of a) 1H spectrum, b) presaturation, and c) diffusion filter