Due to the global shortage of helium gas supply, the demand for alternative gas for GC-MS carrier gas is increasing. Nitrogen gas is the most suitable gas due to its availability and high safety, but it is known that the influence of nitrogen ions generated by the MS ion source causes a decrease in sensitivity. So we have checked the influences of nitrogen carrier gas on JMS-T2000 GC AccuTOF ™ GC-Alpha, and report on MS Tips No. 374-376. This report shows the results of the CI (Chemical Ionization) ion source.

Table 1 shows the details of the measurement conditions in this experiment. In the positive ion CI (CI+) method, 1 μL of benzophenone 100 pg / μL was injected. In the negative CI (CI-) method, 1 μL of OFN (octafluoronaphthalene) 10 pg / μL were injected. Helium and nitrogen were used as carrier gases, and the S/N sensitivity and mass accuracy (error) of molecular ions were compared. The carrier gas flow rate was set to 1.0 mL / min in helium and 0.6 mL / min in nitrogen based on the optimum linear velocity of each carrier gas.

Figure 1 shows the extracted ion chromatograms (m/z 183.08 ± 0.02) of the measurement result of benzophenone in the CI+ method. The sensitivity was decreased to about 1/2 in nitrogen. Since nitrogen is difficult to ionize in the CI method, which is soft ionization, the decrease in sensitivity was suppressed.

Figure 2 shows the mass spectra of the benzophenone measurement result in the CI+ method. Protonated ions [M+H]+ (m/z 183.0804) were strongly observed, and their mass errors were as good as 1 mDa or less in both results. 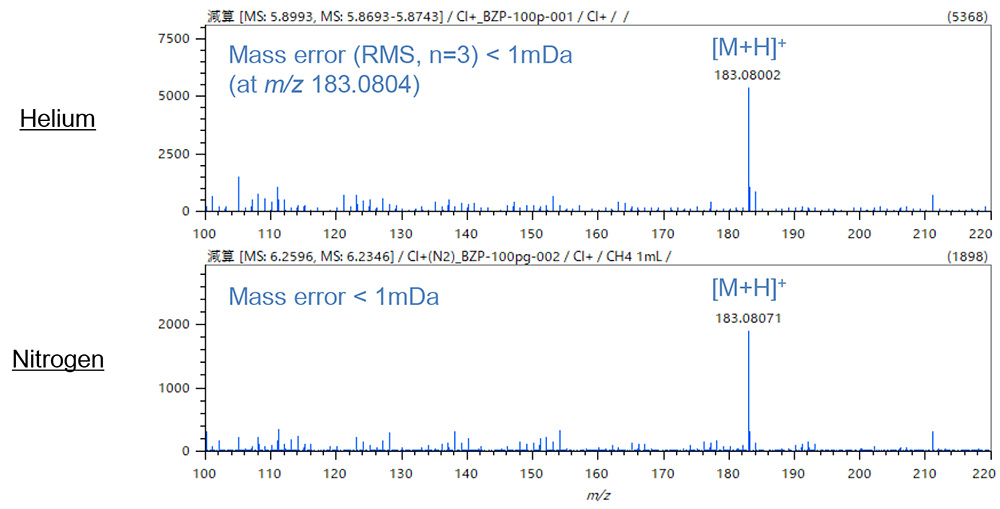 Figure 4 shows the mass spectra of the OFN measurement result in the CI- method. The mass errors of the molecular ions M-･(m/z 271.9878) were as good as 1 mDa or less in both results. 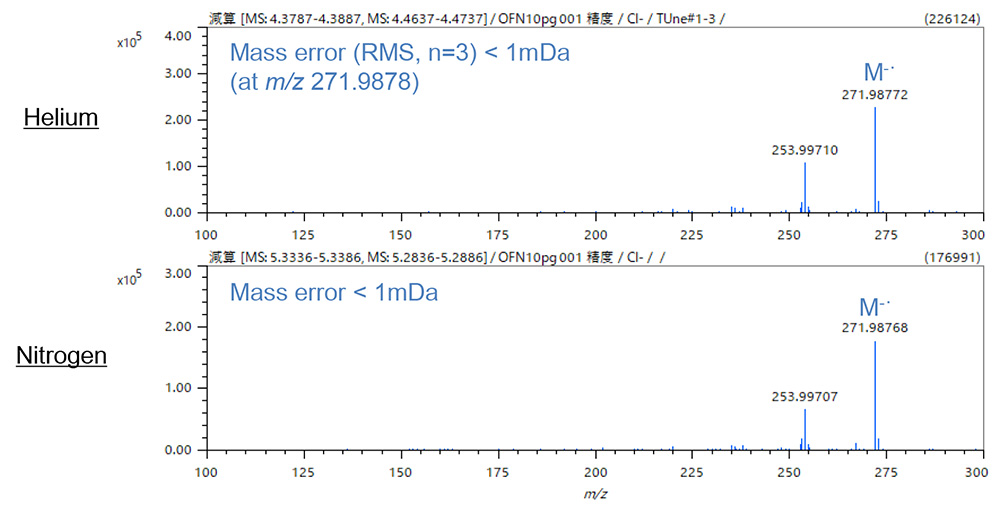