ransformer oil containing no PCBs was diluted 10000 times, and then this solution was spiked with a mixture of commercially available PCBs (KC-500). The resulting sample was analyzed by using the JEOL AccuTOF™-GC with FastGC/MS conditions. Afterwards, the data was examined by varying the mass range window (called “window width” in EICC generation) used for the PCB extracted ion current chromatograms (EICC) to determine if the effect of the background interference can be eliminated so that the analyte peaks are easily observed in the resulting data.

he window width for the EICC generation was varied to see if the chromatographic effect of the background interferences can be eliminated. Figure 1 shows the EICCs generated under low resolution (top) and high resolution (bottom) conditions. "Low resolution" and "high resolution" do not refer to the resolving power of the instrument, but instead refer to the different window widths used for the m/z 352.88 EICCs. The mass resolution levels calculated with the different window widths are shown in Figure 1. The actual resolution for the data acquired by the AccuTOF™ GC during these sample measurements was R≧5000 @ m/z 293. As Figure 1 shows, the low resolution EICC (m/z 352.88049 ± 0.5, analogous to a quadrupole MS analysis) showed a wide, unresolved sample envelope that was caused by the transformer oil. Meanwhile, the high resolution EICC (m/z 352.88049 ± 0.05) eliminated the effect of the oil background, and extracted only the peaks for the penta-chlorinated PCBs. 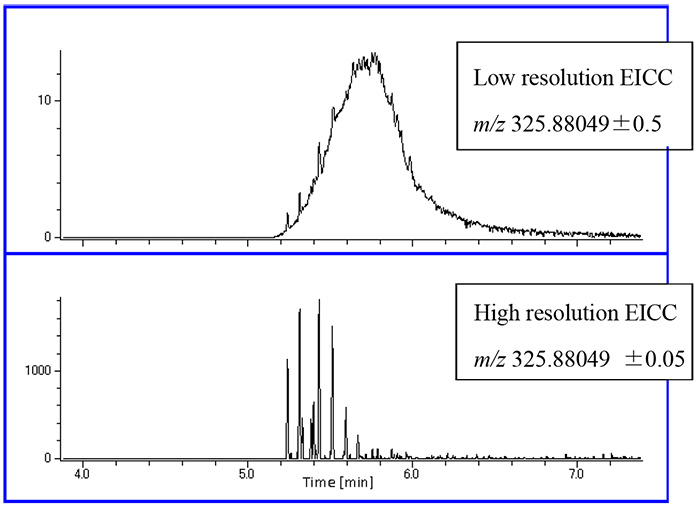 Fig.1 Comparison of mass chromatograms for penta-chlorinated PCBs in oil.

These results demonstrate that the AccuTOF™ GC, a high resolution GC-TOFMS system, is a powerful tool for analyzing complex real-world samples that contain high levels of interfering impurities.