On that day, JEOL Ltd. and Miyagi University jointly held a press conference on the operation launch of the above-mentioned system in Taihaku Campus of Miyagi University. The joint research project was introduced and the system to be loaned was demonstrated at the press conference, followed by a speech by Mr. Kawakami of Miyagi University. Mr. Kawakami expressed his hope through this research project: to establish the evaluation method of functionality and safety using the loaned mass spectrometer system, for sea food and processed sea food, which is a local industry in Miyagi, and further to apply the method to technologies that can add value to the sea food and processed sea food, in order to contribute to activate the local industry. After Mr. Kawakami, Mr. Oi made an address of gratitude for the opportunity to contribute to the development of local industry in Miyagi prefecture, Tohoku region through this joint research. The importance to participate in this joint research as an analytical instrument manufacturer was also expressed by Mr. Oi.

The intended period for the joint research is two years. 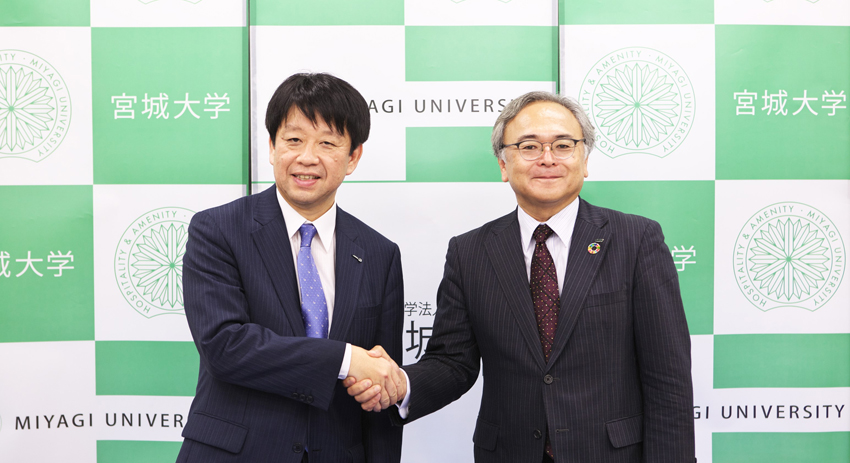