In Electron Microscopy, a great number of microscopists and engineers have continued to pursue the improvement of resolution. Meanwhile, JEOL has made efforts to improve the stability of the transmission electron microscope (TEM). Combining aberration correction technologies with these efforts, we have successfully achieved superbly high resolution.

The JEM-ARM300F (GRAND ARM™) is an atomic resolution TEM focused on achieving the best-in-class resolution. But the demands for the modern TEM include characterization of not only hard materials but also soft materials. Under these circumstances, TEM users request further improved resolution and analysis with a higher degree of accuracy.
JEOL has developed a new TEM, the JEM-ARM300F2 (GRAND ARM™2), which meets these requests. This ultrahigh atomic resolution analytical TEM has many features. In particular, with a new objective lens pole piece, "FHP2", the GRAND ARM™2 achieves an optimal combination of superbly-high atomic resolution imaging along with best-in-class, large solid angle EDS elemental analysis.
The standard configuration of GRAND ARM™2 includes an enclosure that mitigates external disturbances, thus leading to higher stability of the instrument. 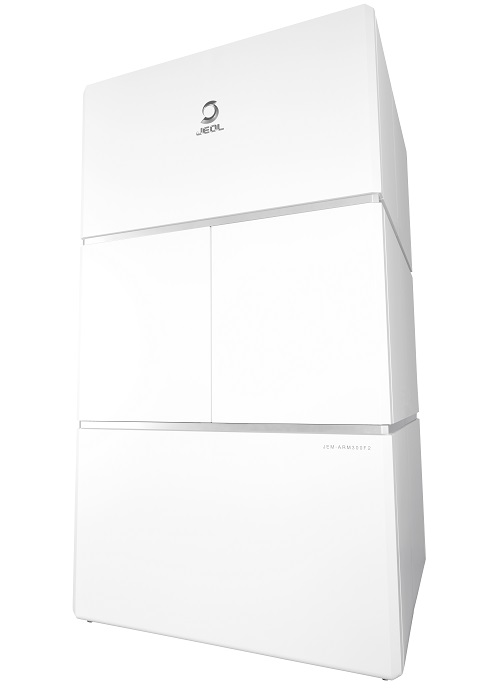