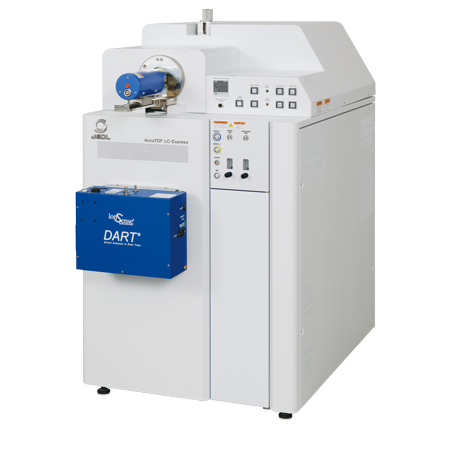 DART™ (Direct Analysis in Real Time) is a new ion source that can analyze samples with various states and shapes without any sample preparation.

DART™ was born in 2003 at the mass spectrometry applications laboratory of JEOL USA, Inc. Among a series of new ionization techniques, which were later termed "ambient ionization, "DART™ was the ﬁrst to be invented and the ﬁrst to be commercialized in 2005. Since DART™ was developed for JEOL AccuTOF™ series of mass spectrometers, it provides the best performance when attached to AccuTOF™ LC-Express.

You can acquire high mass-resolution, accurate-mass spectra in real time by simply presenting samples of various shapes and states to the DART™ ion source without any sample preparation. DART™ can handle samples with arbitrary shapes or “dirty” sample that conventional analytical method cannot deal with.

The DART™ was developed for the JEOL AccuTOF™ series of mass spectrometers. No additional interface is required between the DART™ and the AccuTOF™ LC-Express due to a rugged, simple API interface and high-capacity vacuum pumping system. The combination is able to detect a wider range of polar and nonpolar compounds than any other DART™ MS system. With no additional interface, there is virtually no carryover from one analysis to another, even for “dirty” and “sticky” samples. 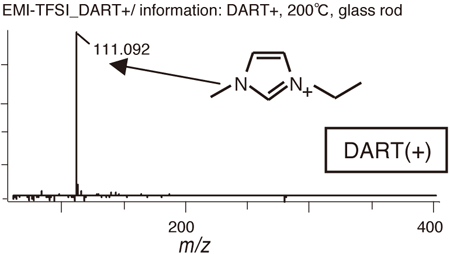 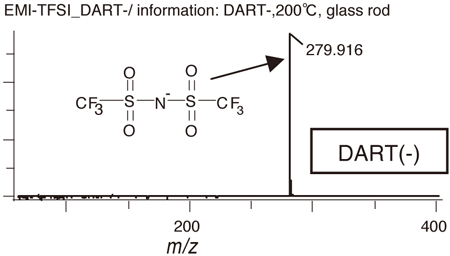 DART ionization is based on the interaction between excited state atoms or molecules, and atmospheric gas and/or analytes.

Plasma is generated by glow discharge from the needle electrode in a helium gas stream. The plasma includes ions, electrons, and excited state (metastable) atoms or molecules. The majority of charged particles are eliminated by the grounded electrode and the excited state neutral species are expelled to the atmosphere.

The gas stream can be heated by the gas heater to help analytes vaporization or desorption from the substrate surface.

Metastable helium atoms can react with a neutral (N), such as the exit grid electrode, or another neutral species to form electrons through Penning ionization. The electrons formed are rapidly thermalized by collisions with atmospheric gases (G) and then react with gaseous oxygen to produce oxygen anions.

These oxygen anions can then react with sample molecules (M) to produce analyte anions. 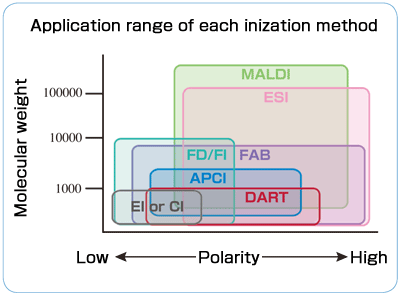