In 1945, the physicist Zavoisky of the former Soviet Union published a report in a Soviet physics journal on the first successful observation of ESR absorption. The frequency of the electromagnetic waves utilized was around 100 MHz, much lower than those now being used, and the resonance magnetic field was about 4.76 T. The target was Mn2+ and Cu2+, both of which are familiar to today’s users. Building on this report, the British Oxford Group made a series of announcements on theoretical and experimental studies. This 10 year period from 1945 to 1955 can be called Phase 1, during which it can be said that the academic discipline of ESR was established.

Next, it was mainly chemists who became interested in ESR, resulting in an explosion of research between 1960 and 1970 (Phase 2). This was when quantum chemistry was developed, with most of the research focused on the relationships between molecular orbital methods and ESR. However, the expectations for ESR at the time were excessive, with ESR being regarded as a general means of analysis. This led to the mistaken conclusion that “ESR is useless.” However, ESR is not an analysis method. It is a probe for unpaired electrons that provides a way to investigate the physical properties or a means of investigating the microstructures in order to determine the electron state.

Through the 1980s (Phase 3), attention focused on the importance of electron spin and the deep connection to physical properties, especially driven by the development of materials like amorphous silicon and magnetic bubble memory elements. This led to a gradual increase in the demand for ESR in fields related to materials science. However, during the 1970s, Janzen et. al. developed the ESR spin trap method, which has subsequently become widely used in the medical and pharmaceutical fields. The relationship between various diseases and the generation/ annihilation mechanisms of the unstable radicals in the reactions within living organisms, as well as the interactions with pharmaceutical agents have become important topics. These currents have now become a large tide and the signs indicate that development will continue to increase. 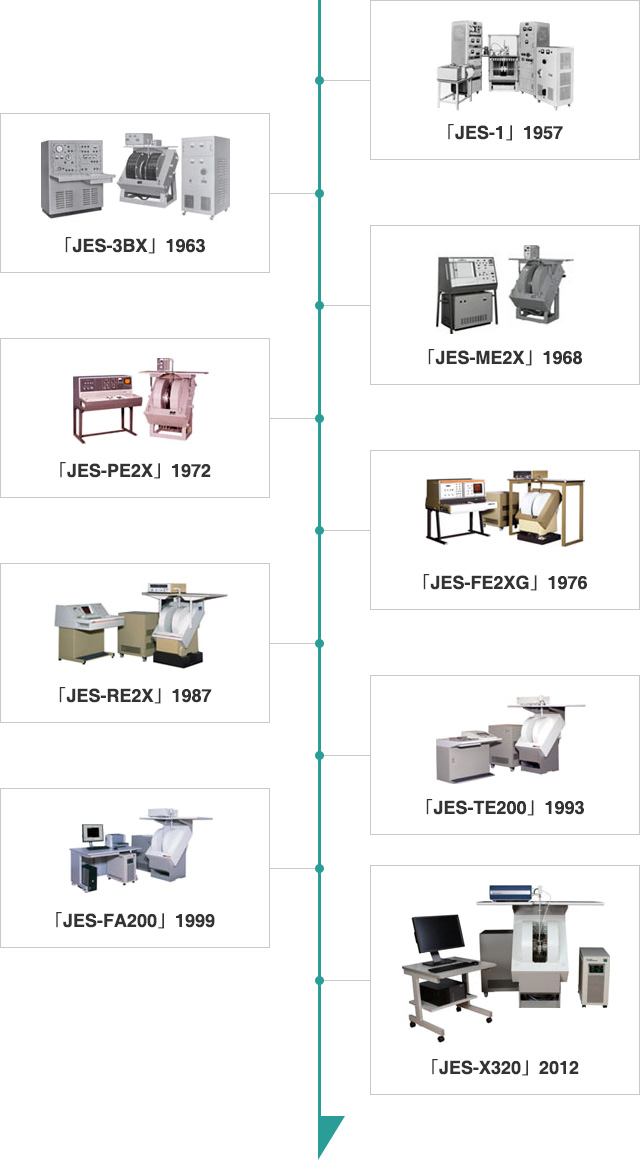