The Beginning of Endless : The story behind the World’s first commercial NMR system that does not require helium replenishment

In April 2013, JEOL RESONANCE successfully released the world’s first NMR system with a zero-boil-off superconducting magnet. Here, we trace the birth of this epoch-making system that overcomes the problems of unreliable and increasingly expensive helium supplies. 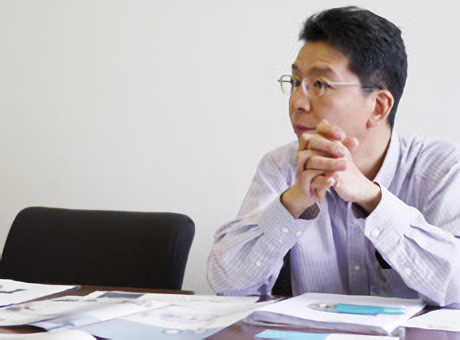 The mood at the meeting was sombre.
The project to develop an NMR system that did not require helium refills had started in 2011. Already, 2 years had passed and there was still noise in the signal. Every method they could think of had been tried, but the source of the noise, let alone an effective solution, had not yet been found.
“The only other thing I can think of is….”
The idea was pretty far-fetched.
“Surely, that has nothing to do with it.”
“Well, probably, but at this point we might as well try it.”
The development team leader, general manager of the engineering department Hiroto Suematsu, sighed and shook his head as he listened to the discussion. The major conference where it was planned to announce the completed product was only a few months away. He was almost convinced that the announcement would have to be postponed.

The strong magnetic fields required to create the conditions for NMR are generated by a superconducting magnet. The magnet is an electric solenoid of a special metal or alloy, and is held at an extremely low temperature, close to absolute zero, to generate the magnetic field. The only refrigerant that can be used to maintain this cryogenic state is liquid helium.
Obtaining helium, however, is not an easy task. It can be produced as a by-product of natural gas. Since it cannot be produced domestically, Japan depends on imports, with 95% of the supply coming from the USA. Furthermore, most of this supply is obtained from BLM (U.S. Bureau of Land Management) and the oil fields of ExxonMobil, one of the world’s largest petroleum companies. Unfavourable circumstances at BLM or ExxonMobil can immediately result in instability of the supply.
In fact, in the summer of 2012, Japan was faced with a “helium crisis” when an Exxon plant started scheduled maintenance extending over several months. But this was followed by trouble at the BLM plant, which resulted in a sudden deterioration of the supply system. As a result helium disappeared from the inventories of gas suppliers.
Not only did helium-filled balloons disappear from theme parks, but plans had to be changed at many manufacturing facilities where helium is indispensable for processes like the cleaning of semiconductors and the production of optical fibers. One after another, research institutes were forced to halt NMR operation. 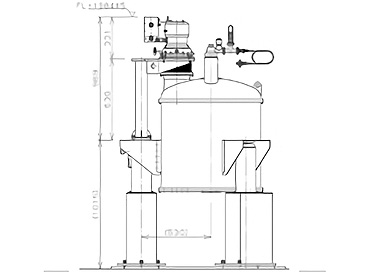 “Can’t you build an NMR system that doesn’t need helium refills?” the cries were loud. But even without the supply problems, the replenishment of the liquid helium in an NMR system not only requires that the instrument be stopped for part of a day, which disrupts the research, but is also a potentially dangerous procedure that may result in frostbite or other injury.

An NMR instrument that does not require helium refills has the potential to eliminate such inconveniences entirely.
In theory, this is not difficult. As the liquid helium in the tank of the NMR magnet evaporates, it produces helium gas. If this helium gas can be returned to the tank as liquid helium instead of releasing it, it would never be necessary to replenish the helium supply for the superconducting magnet. The net effect therefore is zero boil-off. There are already MRI systems for inspection applications that incorporate the same kind of superconducting magnets with a refrigeration unit incorporated. However, for the much more precise measurements of NMR, the minute vibrations caused by the refrigeration unit are a problem, so a practical zero-boil-off NMR system had not yet been realized. In recent years, however, better and better refrigeration units appeared, increasing the feasibility.
JEOL RESONANCE decided to tackle the problem in January 2011. In April that same year, funding was obtained from the Innovation Network Corporation of Japan, development costs were budgeted and the development began.

The project progressed smoothly, and a year later, in January 2012, the prototype system was completed. When the switch was turned on, however, Team Leader Suematsu could hardly believe the data he saw displayed on the monitor. 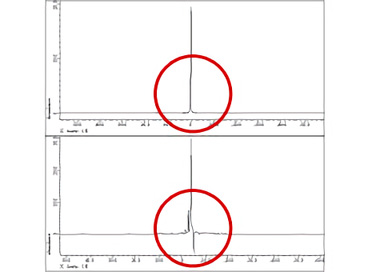 “There was an unexpectedly large vibration in the signal. In all the years I’ve worked as an engineer, I have never seen such a large amount of noise. I thought it had to be some simple mistake with the electrical system, for example, a wrong voltage being applied, or an error of that sort.”

Immediately, everything was checked, adjusted and re-tested, but the results were the same. All the team members were racking their brains.

It became clear that the problem was the tiny vibrations caused by the refrigeration unit. The slight vibrations caused by the operation of the refrigeration unit were transmitted to the liquid helium tank, causing ripples which were detected as noise; that much was understood. Therefore, Suematsu and his team incorporated every possible measure to suppress the vibration of the refrigeration unit. In addition to using a unit with very little inherent vibration, dampers were built into into the connectors to absorb even the slightest oscillation. It should have suppressed the vibration to an acceptable amount.
But still it remained.
In addition to the superconducting magnet maker, JASTEC (Japan Superconducting Technology Inc., a business partner of many years), experts on mechanical vibration were consulted, and the designs underwent major revisions 5 times in the following year. Testing, including fine adjustments, was performed many, many times.
In spite of this effort, the noise was not eliminated. Nearly at wit’s end, the suggestion at one of the innumerable meetings was something that no one had considered – “invisible vibration”.

The revolution has just begun 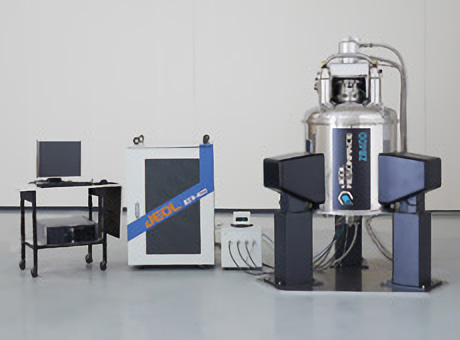 “There is vibration that always seems to occur as a result of the system configuration, but it is really small. We never thought that such a little thing could have such an effect”

With almost no expectation of success, the designs were changed for the 6th time.
But, it worked – the noise was suppressed beautifully.
Things moved fast from that point.

Additional staff were added to the project to perform the evaluations and create the applications. Product development proceeded at a furious pace. In April 2013, the ZB400 NMR system that does not require helium replenishment was announced at the largest NMR conference in the USA.
Research facilities around the world have been struggling with a shortage of helium. Whilst still applauding the achievement of the ZB400, the market began placing orders as early as May. Things are off to a good start.
Unfortunately the shortage of helium is not a temporary situation – it is likely to be a chronic problem into the future. Recently, the extraction technology for shale gas (with no helium) has been established, so the usage of natural gas plants has been declining. The helium available from natural gas plants is only a small percentage so it is unlikely that natural gas plants will be operated simply to extract the helium, adding more reasons to be concerned about the future supplies of helium. In addition to declining production capacity, the demand for helium has been increasing particularly as China and Korea further intensify their production of semiconductors. This further increases pressure on the future availability of helium supplies.
In these circumstances, the release of the ZB400 becomes even more significant.
Team leader Suematsu is still not smiling, however.
“A solution was discovered by accident after accumulating a lot of circumstantial evidence. This still has not been proven theoretically. In order to build better products, we must continue to verify the mechanisms and results”
The revolution has just begun.