Definitely, we can : The story behind the birth of the world’s smallest high performance spectrometer

In August 2014, JEOL RESONANCE released a new NMR spectrometer, the ‘Z series’ (JNM-ECZS & JNM-ECZR). The routine ‘S’ model delivers performance equivalent to the high-end research ‘R’ model, but the spectrometer was smaller than all previous models – the main cabinet being just half the size of existing models. Here, we continue the story behind the birth of the world’s smallest, high performance NMR spectrometer.

The man in black 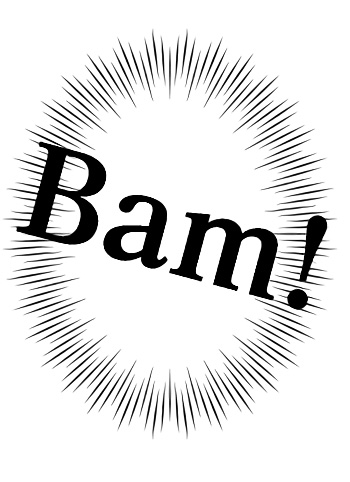 The harsh sound of someone’s fist thumping the table rang down the corridor.
“What has happened? What will you do?”
The angry voice shook the door of the conference room, but no one in the corridor looked surprised. This was the usual “evening meeting” scene (instead of the morning meeting).
The owner of the voice was Kenichi Hachitani who joined JEOL in 2007. He studied solid state physics at University and joined JEOL with a great future ahead of him. Always wearing a black suit and shirt, he was called “the man in black” in the company.
In April 2011, Hachitani was called and ordered to direct development of a new spectrometer – it was an exceptional promotion.
“As I was in another department, NMR spectrometers were totally new to me. But I had no choice, I had to do it” he mused.
The spectrometer is the core of the NMR system. The human resources and budget required for development is 5 to 10 times that of probes and other devices which are under constant review and are frequently re-developed.
During the decade after their initial release in 2002, ongoing developments in JEOL RESONANCE NMR spectrometers had improved performance. However, they were now close to the limit in upgrading the basic technologies used and it was now necessary to renew the fundamental architecture. “I am aggressively self-confident” Hachitani admits; anyone else would have been excited by the challenge.

The pride of the new-comer

Looking round the meeting room that had been allocated, he was very surprised. There were mainly young staff that had joined the company relatively recently. There were a few veterans who had worked on the development of earlier models, however other projects began, and one-by-one they moved away.
Products such as spectrometers have a lot of features needing delicate tuning and often these do not show up in specification and design. Often, the reason why such tuning is needed becomes apparent later and only a specific person knows the reason. When production was in-house, this was a manageable situation, but now, as we aggressively source externally, we have to specify everything very precisely, even the angle of soldering, etc. We have to re-establish the entire scheme of production and supply, at the same time as developing the product.

Hachitani, who was not yet a spectrometer specialist, had to decide how to lead the team. He decided to play the “bad guy” and to control progress very strictly. “The idea of NMR is like this …!” He raised his voice, but at the same time gave spirited encouragement to his team to push the project ahead. He was indeed a “black devil”.
However, his enthusiasm certainly spread to the young team; “Disassemble the current product and improve the performance but retain the original idea. If there is something not clear, find someone who knows about it and learn about it, thoroughly”. Two years from the start of the project, the newcomer was becoming a fully-fledged commander. “As I was originally a researcher, I couldn’t allow anything to be unclear; because of that, I caused staff extra overtime”.

After many struggles and much effort the project came to the stage where a trial model was constructed in spring 2013. As a result of using the latest electronics, performance was significantly improved and the physical size was reduced by a half. Everyone who looked at the trial model was surprised at “how small it had become” and was delighted. However, a simple question from Hachitani froze everyone.
“Obviously, it’s the world’s smallest?”
Hurriedly, staff measured a competitor’s instrument and realised that it was one size smaller.
“It’s not good enough!” Hachitani spoke harshly.
“Which will users choose? Half the size of the previous JEOL model or the world’s smallest. The answer is obvious. I wanted the title of ‘world’s smallest’ by all means. I considered that would be the best way to reward the hard-working staff.”

Hachitani calculated the volumes and came up with the required dimensions. If they could reduce its depth by 10 cm, then it would become the world’s smallest. However, the teams were incredulous, each unit within the spectrometer had already been minimised. If they needed to make it smaller still, some of the units may need to be completely redesigned. Hachitani did not relent, saying “Please think about how we can make it smaller. We will have a meeting in one week”. One week later, each team reported their outcome. Naturally, the outcome was not encouraging. “We can reduce it by 1 cm”; “A few millimetres will be the limit”; “We can’t make it any smaller than this”. After listening to all of the reports, Hachitani eventually said: “I didn’t mean you to think about whether we can make it smaller or not. What I want to know is how to do it. I said, ‘Do it’, so just do it!” Everyone looked exhausted.