Making a New FE-SEM with Unprecedented Performance and Usability! 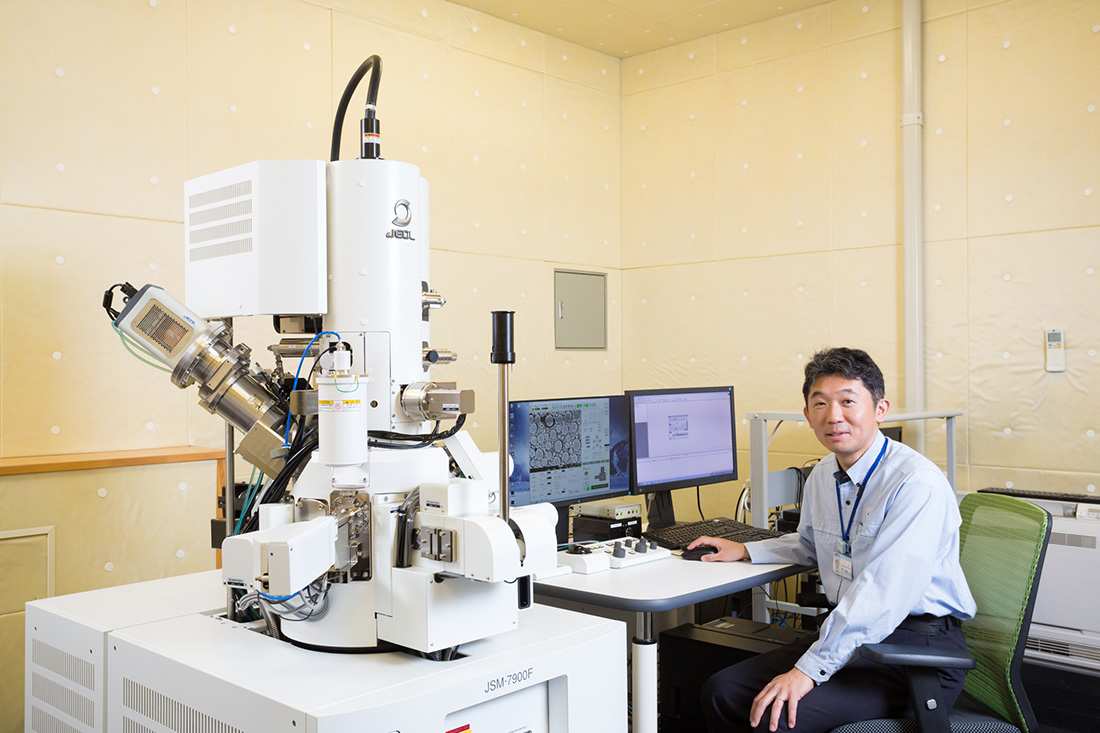 How many people would post photos on their SNS pages if there were no auto-focus or automatic exposure control features equipped on cameras?
The answer to this question suggests that making operations easy can exponentially expand the market.

Shinzawa named the entirely new electron optical system, "Neo Engine (New Electron Optical Engine)," that automatically delivers images of any specimen by a single touch of a button. The team members were excited by this name.
Shinzawa said, "All the members realized the fact that the development of our new system was about to lead to a breakthrough innovation. Many developmental tasks that involved integrating elemental technologies into one complete system were pending; however, we could not seize our passion to push it forward as fast as possible."
Eventually, the preceding development project was made public by Shinzawa. The project's goal of full automation was received with significant amazement across the company. Then, the company formed a formal project team for commercialization of the new instrument. Within each step forward to the completion, the excitement felt by the original team members, including Shinzawa, gradually spread among the formal project members. Finally, they completed a prototype in merely a year since the official project was initiated. 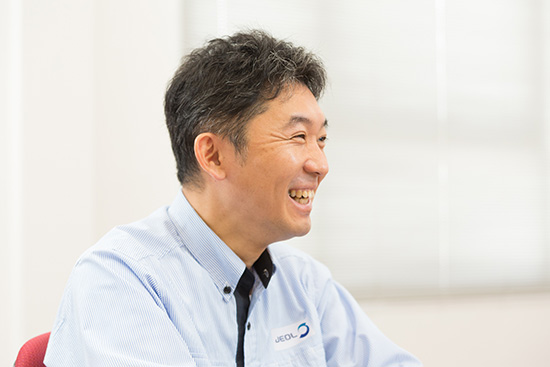 In September 2015, Shinzawa discussed the prototype with his colleagues.
Among them, one engineer in charge of the application development sensibly gained an insight into what the new FE-SEM lacked, while being amazed with its novelty.
The issues involved the limitation in specimen size and the need for using a special specimen holder in the GENTLEBEAM™ Super High Resolution (GBSH) mode, which applied high voltage to the specimen during imaging. As for the above-mentioned constraints, there had been requests from users for improvement in the past and the person in charge of applications asserted that such constraints must be eliminated if we were to underscore unprecedented performance and usability as the biggest selling point of the instrument.
Although "Neo Engine" was developed by combining three innovative elements such as control theory, new hardware and automatic adjustment functions, the improvement pointed out by the application engineer was considered to be essential to realize superior operational experience. Moreover, the instrument cannot be a true standard of high-end FE-SEMs by ignoring the new improvement. Shinzawa pushed forward to include the improvement by involving a design engineer.

Six months later, Shinzawa had an opportunity to present the development contents to the colleagues in overseas JEOL group companies. At the end of Shinzawa's presentation and demonstration of a prototype instrument performance, the audience burst into applause. Overseas product managers just said "Fantastic!"
Receiving the complimentary remark, Shinzawa reinforced his conviction of success of the innovative instrument.

Before manufacturing the initial lot, the in-house testing was conducted by relevant departments. The manufacturing department's measurement data on gold nanoparticles exhibited the resolution at a low accelerating voltage that was higher than expected. The expected resolution was 1.3 nm, but was actually 1.0 nm. It was the moment of Neo Engine's completion.
Looking back at the moment, Shinzawa said, "When I saw it, I became like being glued to the image. I even thought it could be a mistake. It occurred during a lunch break, but I found myself rushing to my boss and shouting 'It's quite something!'"
On May 30, 2017, the wait was over and JEOL announced the FE-SEM with ultrahigh spatial resolution and superior usability named JSM-7900F in the 73rd Annual Meeting of the Japanese Society of Microscopy. Surprisingly, an order for one unit was received within that day, later followed by overwhelming responses from across the world. 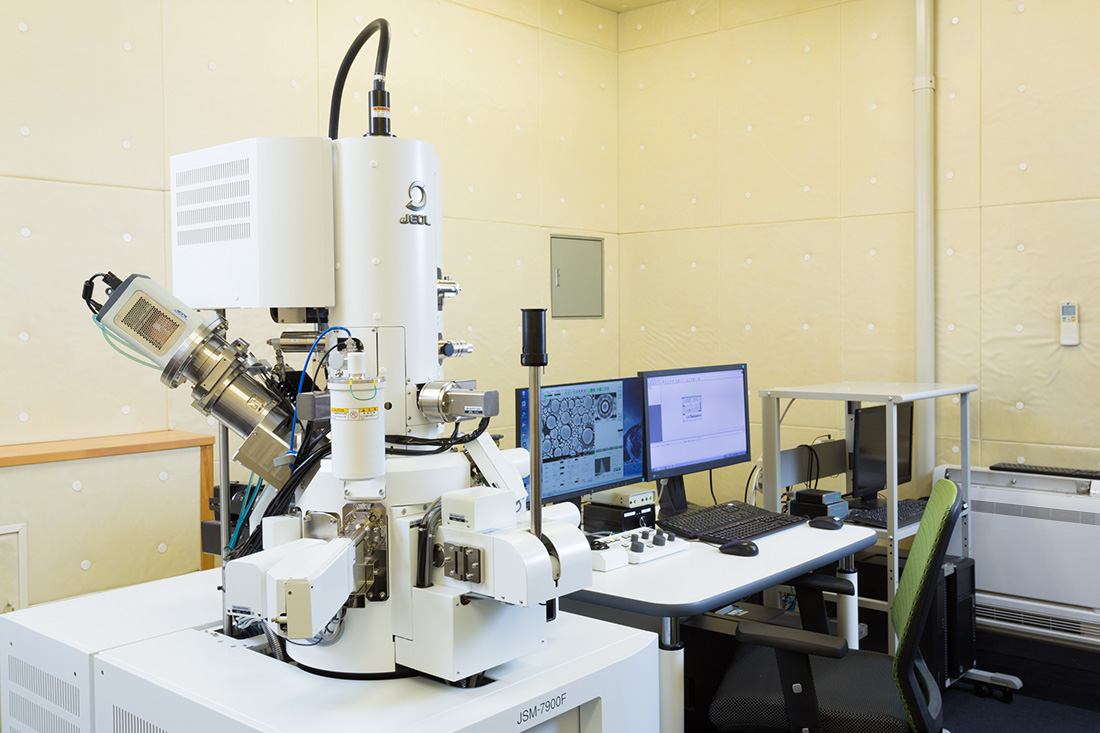 "I think one of the factors for this success is that all the involved engineers shared a common goal and faced in the same direction. JEOL always has engineers full of passion. Such engineers joined forces on this project under the flag of the simple but dreamlike goal of 'full automation,'" said Shinzawa proudly.
"The SEM is new but inherits the JEOL's genuine DNA. I believe it will be the new standard of high-end FE-SEMs and will be JEOL's long-standing flagship model." The success was the outcome of his strong determination to develop a new SEM starting from scratch despite a risk. However, the challenge to achieve superior user-friendliness has just started.
Shinzawa further said that he hopes to create a world where even children can use electron microscopes like present-day digital cameras.