As the performance of mass spectrometers has improved, the demand for differential analysis of trace components in materials has increased. To address this trend, we have added a new differential analysis function to msFineAnalysis, our automated qualitative analysis software specifically designed for GC-HRTOFMS data. In this work we used msFineAnalysis to compare coffee bean aromas by using headspace (HS)-GC-MS. Additionally, the analysis results were consistent with the characteristics of the production area for the coffee beans.

Two commercially available coffee beans (A: from Guatemala, B: from Brazil) were used as samples. The measurements were performed with the steps below.

GC/EI measurements were performed for n=5 in order to conduct statistical analysis of the sample differences. The msFineAnalysis differential analysis conditions involved using p-value (an index: the smaller the p-value, the higher the statistical reproducibility) ≦5% and fold change (intensity ratio between samples) ≧1.5. Table 1 shows the measurements condition details.

Figure 1 shows a screenshot of the differential analysis results for the coffee samples by using msFineAnalysis. In total, 141 peaks were detected. The breakdown of the differential peaks are: Sample A: 6 peaks that are characteristic of Guatemalan coffee aroma (peak ID[006:]furfural, [007]acetic acid, etc.), Sample B: 3 peaks that are characteristic of Brazilian coffee ([001] metylfuran, etc.), and 52 peaks that did not show a difference between Sample A and B. Additionally, there were 88 peaks that were judged to have no statistical reproducibility (gray in volcano plot, “other” in classification results).
From Sample A, the Guatemalan coffee, hexanal (aroma of grass), methyl acetate (fruit-like aroma), acetic acid, linalool (citrus/floral aroma) were strongly detected. These results are consistent with the freshness and crispness that are characteristics of the coffee beans from Guatemala. From Sample B, the Brazilian coffee, methylfuran (chocolate-like aroma), dimethyl disulfide (garlic-like aroma) were detected, which is consistent with the richness that is characteristic of coffee beans from Brazil. 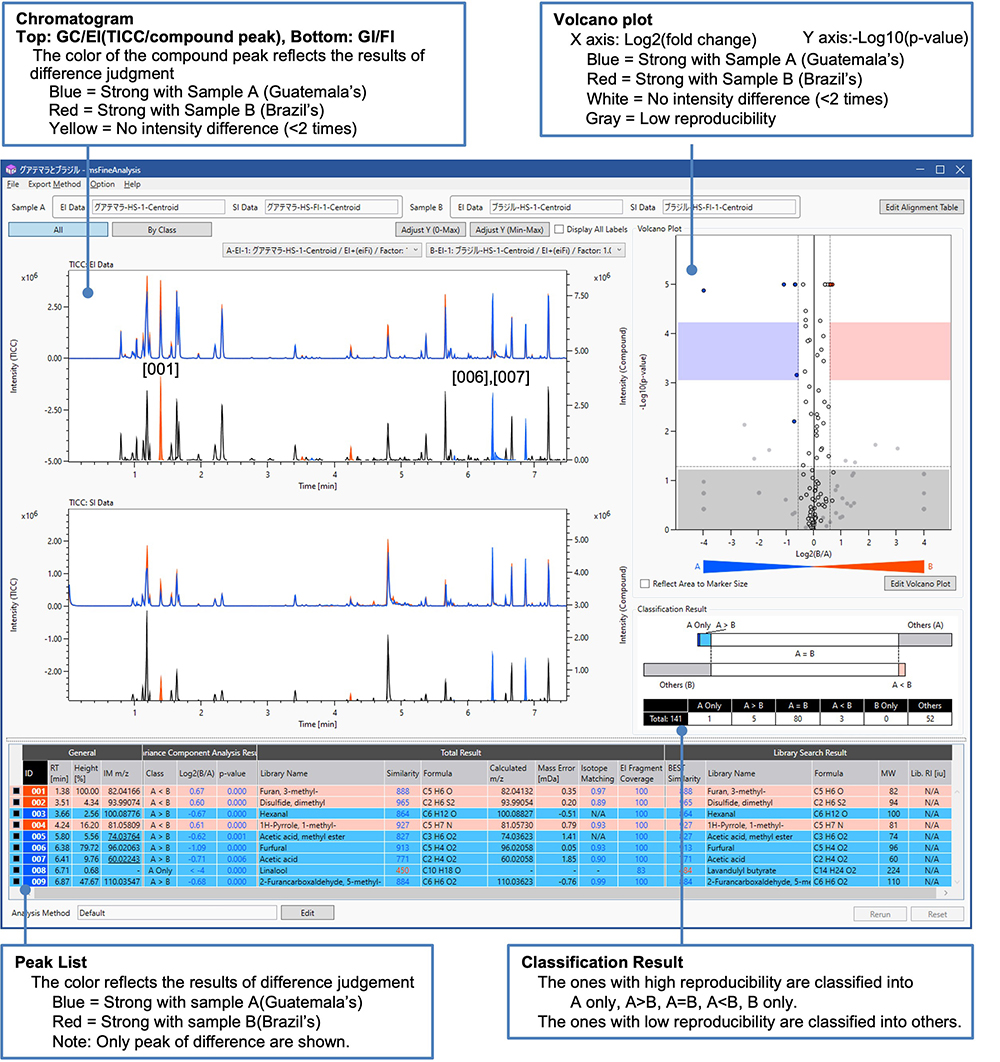 Figure 2 shows a screenshot of the data alignment (identity determination) of msFineAnalysis. Linalool is represented by a very minor peak with an intensity ratio of 0.68% to the maximum peak, and is likely to be missed by manual analysis. By using peak deconvolution detection, msFineAnalysis allows for the detection of minor peaks that are not obvious in the TICC . Furthermore, the statistical analysis of multiple measurements results in highly reliable qualitative analysis results by removing peaks from the analysis list that are not statistically reproducible. 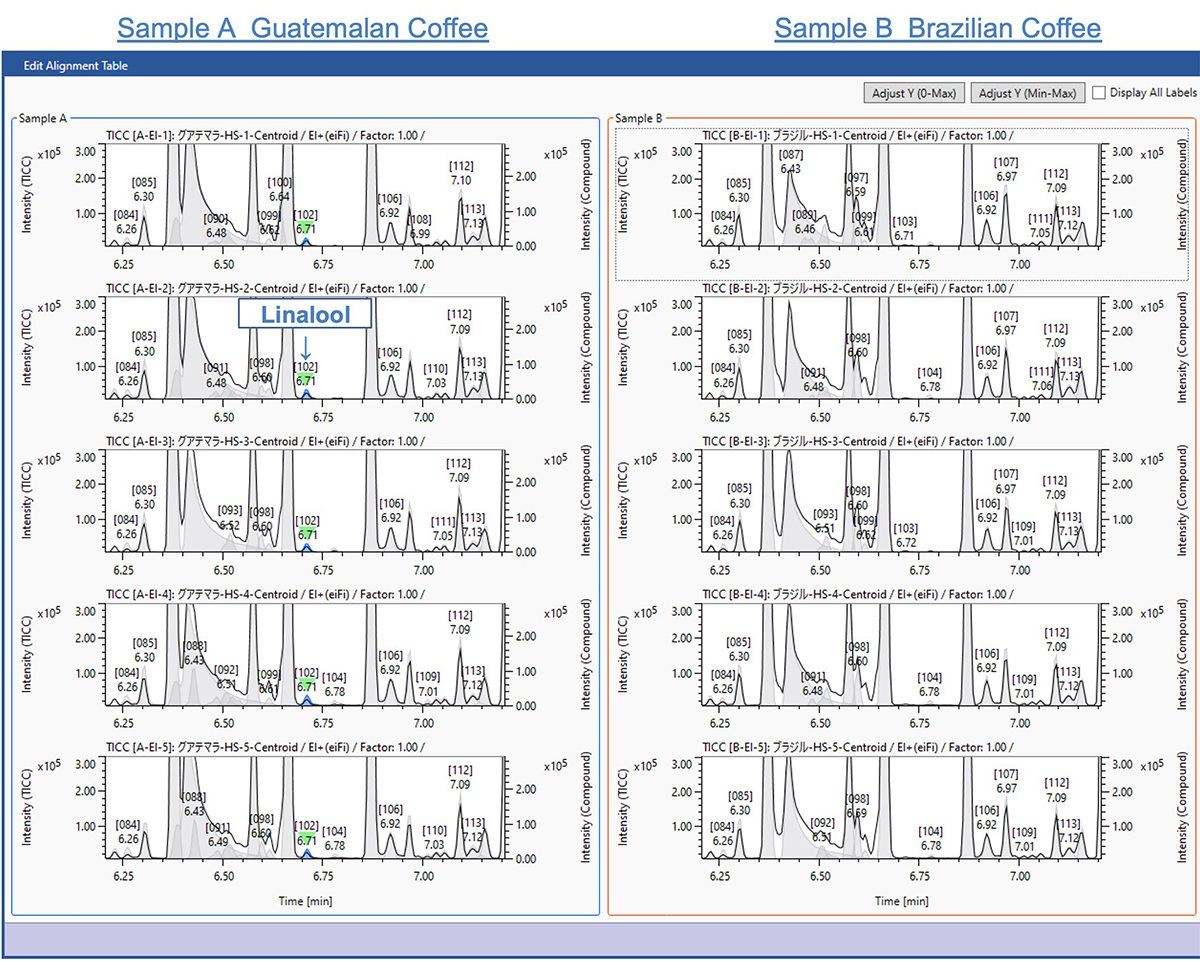 The differential analysis function of msFineAnalysis Ver3 enabled us to easily identify coffee bean aroma components that are consistent with the characteristic of the production region (Guatemalan versus Brazilian). As a result, msFineAnalysis offers sophisticated capabilities such as peak deconvolution and statistical analysis to effectively differentiate samples from each by using trace components such as an aromas for sample differentiation.